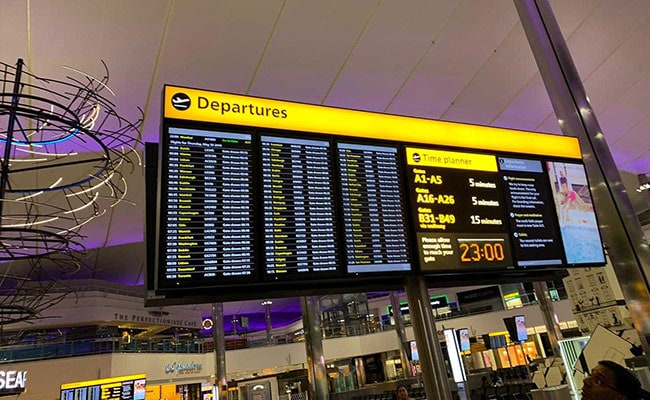 Air India passenger on AI-130 London to Mumbai were stranded after a technical snag in the aircraft.

An Air India flight, grounded in London for 48 hours due to a technical snag, left about 300 passengers in a lurch. Tempers were running high, one passenger recalled, when they arrived at the hotel on day 1 and met with an airline staff member who they say was "not confident with her updates".

The AI-130, a Boeing 777-300 flight was scheduled to depart from London's Heathrow Airport on May 28 at 1:15 pm, but was grounded due to an oil leak. The passengers were accommodated in hotels and told that the flight would take off the following day.

Adwaita Dasgupta was in the UK on holiday with his wife. The two were returning to Mumbai on Tuesday, but after six hours of waiting, were informed that the flight had been cancelled.

"On the day of the flight, we were kept waiting at the airport till 7 pm before they gave us the message that the flight was being cancelled," said Mr Dasgupta.

"There was a lady from Air India at the hotel but she was not confident with her updates. She was hounded by passengers and tempers were running high," he said.

The next day, passengers were informed that they would fly out since a replacement part and an engineering crew was flown in on the next Mumbai to London flight on May 29 to fix the technical problem. "Yesterday (Wednesday), we were told the flight was going to take off at 10pm and were picked up at 6 pm in the evening," said Mr Dasgupta.

Once the passengers completed their customs and immigration formalities, they were told that that the technical issues on the jet had not been rectified. They would have to spend another night at the hotel. Distraught with the situation, the passengers got angrier and police was called in to monitor the situation.

"Close to midnight, there were police from Heathrow trying to pacify and control things. Half past 12, we were bundled back onto a bus and sent back to the hotel," he said.

"We couldn't take back our checked in baggage last night because it was past midnight and Heathrow was shut by the time we needed to return to our hotel for our second night," Mr Dasgupta said.

"Go to the hotel and do what they say or else face a criminal offence," another passenger was told.

Replacement parts were finally procured from elsewhere in the UK, and the flight took off this evening and is expected to arrive in Mumbai tomorrow morning.