Jiya Vaducha scored the highest-possible marks of 162 on the Cattell III B paper recently. 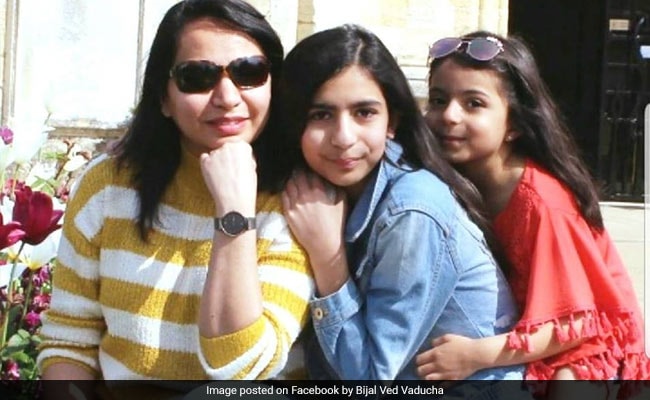 Jiya Vaducha (centre) aims to use her academic base in the field of art and music, her mother said.

An 11-year-old Indian-origin schoolgirl has secured the highest-possible marks on a British Mensa test and was invited into the elite Mensa membership club of children with a high IQ.

Jiya Vaducha scored the highest-possible marks of 162 on the Cattell III B paper recently.

"As parents we are absolutely elated about Jiya's achievement. From a very young age, she displayed characteristics of someone with a high intellect but by scoring 162, she has completely surprised us," said Jiya's mother Bijal, an accountant by profession who runs a software consultancy Schnell Solutions Limited with her husband Jignesh.

"Now the real task begins for us to ensure she get the opportunities where she is able to fulfil her full potential," she said, whose extended family is based in Mumbai.

Congratulations have been pouring in from friends and family around the world, with Jiya turning into a mini-celebrity as her autograph is sought by some of her schoolmates ever since the results came out earlier this month.

"Being surrounded by accountant, IT consultants and business people in the family, Jiya wants to avoid any profession that ties her in one room. Her ambition is to use her strong academic base in the field of art and music, which she wholeheartedly enjoys," said her mother Bijal.

Mensa membership is open to anyone who can demonstrate an IQ in the top 2 per cent, either through the society's own supervised test or on the evidence of a psychologist's report.

"Many congratulations to Jiya for achieving such a good score. I hope she uses her Mensa membership to meet new people and learn new things through our extensive range of events and special interest groups," said John Stevenage, chief executive of British Mensa.

The organisation, however, clarified that the tendency to compare such achievements with scientists Albert Einstein and Stephen Hawking is flawed because there is no evidence that either geniuses ever took a similar test.

While 162 is the highest score possible on this test, that does not mean it is impossible to be any brighter, British Mensa explained.

It is not a percentage score, but a measurement on a scale. It simply means that the people who devised the test do not believe the differences in ability above that level can be meaningfully measured by this test.