"Zoos in the country are, therefore, advised to remain on highest alertness, watch animals on a 24X7 basis using CCTVs for any abnormal behaviour or symptoms," it said. 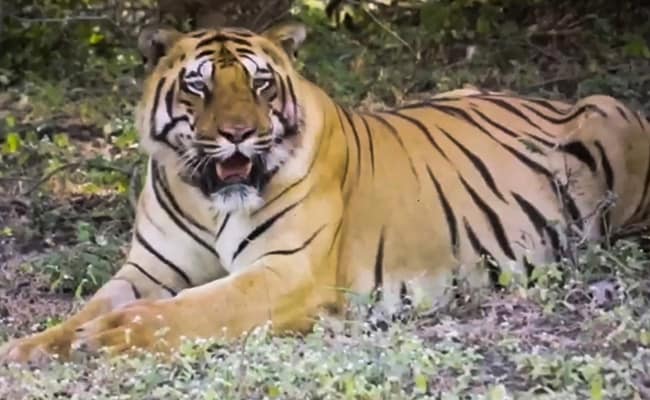 The Central Zoo Authority (CZA) on Monday put all zoos across the country on "highest" alert and asked them to collect samples fortnightly in suspected cases after a tiger at a US zoo tested positive for coronavirus.

In a letter to all states and Union territories, CZA Member Secretary S P Yadav said the United States Department of Agriculture's National Veterinary Services Laboratories has confirmed COVID-19 in a tiger at the Bronx Zoo in New York.

"Zoos in the country are, therefore, advised to remain on highest alertness, and monitor animals 24X7 using CCTVs for any abnormal behaviour or symptoms," it said.

The authority said carnivores, especially cats, ferrets and primates, need to be carefully monitored and fortnightly samples of suspected cases be sent to designated animal health institutes for COVID-19 testing.

The samples can be sent to the National Institute of High Security Animal Disease in Bhopal, the National Research Centre on Equines in Haryana''s Hisar and the Indian Veterinary Research Institute in Bareilly, Uttar Pradesh, the letter said.

"Sick animals should be isolated and quarantined," it added.

No keeper or handler should be allowed in the vicinity of animals without safety gear, preferably personal protective equipment (PPE). They should have least contact with animals while providing them feed, it said.

Zoos have been asked to follow all bio-containment and safety measures required to handle the high-risk pathogen as per the national/ICMR guidelines, the letter said.

"Zoos are advised to coordinate with designated nodal agencies of the government for public health response and permit screening, testing and surveillance as and when required by the nodal agency," the CZA added.

A four-year-old Malayan tiger at the Bronx Zoo in New York has tested positive for the coronavirus infection.

The female tiger, named Nadia, is believed to be the first known case of an animal infected with COVID-19 in the US. It is suspected that she contracted the virus from a caretaker who was asymptomatic at that time.

The incident has raised concerns over whether the infection can be transmitted between animals and humans.

So far, the SARS-CoV-2 virus has been spreading from humans to humans and there is no research yet to support human-to-animal transmission, experts say.

Still, they say, people infected with COVID-19 should limit contact with their pets.

The Union Environment Ministry also issued an advisory to states and Union territories, expressing concern about the transmission of the virus between humans and animals.

It asked the states and UTs to take immediate preventive measures, reduce human-wildlife interface and restrict the movement of people to national parks, sanctuaries and tiger reserves.

Zoos across the country have been shut following a CZA directive on March 13, with their administration taking precautionary measures while taking care of animals.

In India, there are 145 recognised zoos with over 56,000 animals, according to the CZA.