He claims the customer hit him with slippers and abused him with expletives in Hindi, the report says. 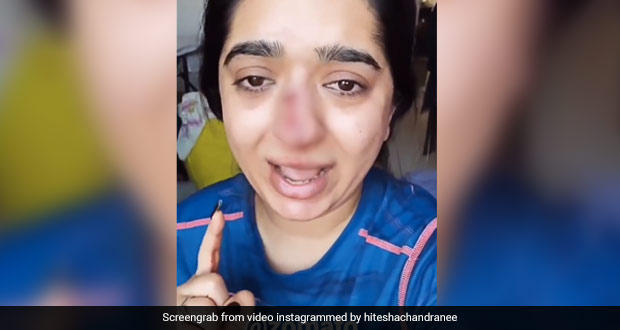 The incident took place on March 9 and Hitesh Chandranee posted the video the next day.

Two days after a Zomato executive allegedly assaulted a Bengaluru woman following a delayed delivery, the accused man has claimed that the online content creator herself was to blame as she had verbally abused him and hit him with a slipper. She then accidentally hurt herself during the incident, causing her to bleed, he told The News Minute. The restaurant aggregator's founder, meanwhile, today said that the company was, for now, listening to both sides of the story, but also tweeted that their representative had one of the highest performance ratings on the platform.

The incident came to light on Wednesday after the woman, Hitesha Chandranee, shared videos in which she narrated her ordeal, showing the wound allegedly caused by the assault by the Zomato personnel identified as Kamaraj. 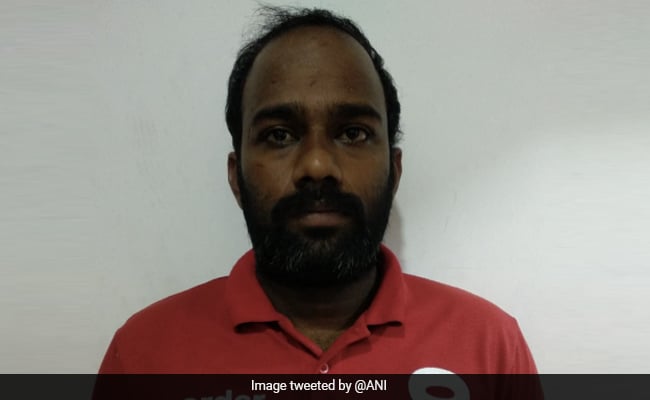 Ms Chandranee had said in the video that the order she had placed through Zomato was delayed. She was reportedly talking to a customer care executive about this when the delivery person "hit" her and left, leaving her bleeding.

The News Minute website yesterday spoke about the incident to Mr Kamaraj, who is now under temporary suspension from Zomato with a police case, too, registered against him. Refuting Ms Chandranee's allegations, he said, "I handed her the food and I was expecting her to pay me...I also apologised since the delivery was delayed due to traffic and bad roads..."

He said she refused to pay for the food. Kamaraj claims he was then told by Zomato officials that they had cancelled the order based on her request. He then asked her to return the food, instead, which she refused, according to The News Minute report. He reportedly decided to leave the premises even if without the food, but that is when, he claims, she began hitting and abusing him in Hindi.

"At this point, when she was trying to push my hand away, she accidentally hit herself with her finger ring on the nose, which led to the bleeding. Anybody who sees her face, will understand that this wouldn't be created by a punch. And I don't wear any rings," Mr Kamaraj told the website.

A day after the incident, he was arrested and questioned for two hours and later released on a conditional bail. "The police did not disrespect me in any way. But now I have to spend Rs 25,000 for legal expenses to prevent my arrest," Kamaraj told The News Minute.

Zomato founder Deepinder Goyal today tweeted saying, "Right from the get go, our topmost priority has been to get to the truth."

He said the company will follow the legal procedures and assist both sides - Ms Chandranee and Mr Kamaraj - till the probe is concluded.

"Also, for the record - Kamaraj has made (approximately) 5,000 deliveries for us so far, and has a 4.75/5 star rating on our platform (which is one of the highest), and has been working with us for 26 months now. (These are facts, not opinions, or inferences)," Mr Goyal tweeted.

I want to chime in about the incident that happened in Bengaluru a few days ago. @zomatopic.twitter.com/8mM9prpMsx