Dr L Hanumanthaiah, who was on the chair during the uproar said: "Nothing will go on record". 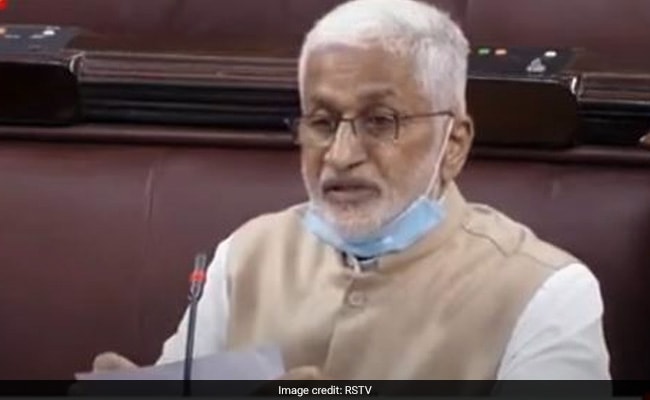 After the statement by YSRCP MP, Congress leaders created an uproar in the Rajya Sabha.

YSRCP MP VV Reddy today accused the Congress of hypocrisy, stressing that there's no reason for the party to oppose the agriculture-related bills.

While supporting the bills, Mr Reddy said, "I want to bring to notice the hypocrisy of Congress party. In their manifesto of Lok Sabha elections, they have said the same things which are in the bills... and now they are not supporting the bills now?" He also linked those opposing the bill to the middlemen in the agricultural sector.

After the statement by YSRCP MP, Congress leaders created an uproar in the Rajya Sabha and MP Anand Sharma objected to the remark and demanded an apology from him. "I want MP Reddy to retract his statement and apologise," he said.

Dr L Hanumanthaiah, who was on the chair during the uproar said: "Nothing will go on record".

This came after Union Minister of Agriculture and Farmer Welfare Narendra Singh Tomar moved two agriculture Bills in the Upper House, which later were cleared by the parliament.

These Bills are -- Farmers' and Produce Trade and Commerce (Promotion and Facilitation) Bill, 2020 and Farmers (Empowerment and Protection) Agreement on Price Assurance and Farm Services Bill, 2020. Both of them were passed by the Lower House with a voice vote a couple of days back.

Moving the Bills, the Minister said, "The two bills are historic and will bring a change in the lives of the farmers. They will be able to freely trade their produce anywhere in the country. I want to assure the farmers that these bills are not related to Minimum Support Price."

The Farmers' Produce Trade and Commerce (Promotion and Facilitation) Bill, 2020 permits the electronic trading of farmers' produce and allows the setting up transaction platforms for facilitating direct online buying and selling of farm products.

The Farmers (Empowerment and Protection) Agreement on Price Assurance and Farm Services Bill, 2020 provides for a farming agreement prior to the production or rearing of any farm produce. A guaranteed price to be paid for the purchase of farming produce will be mentioned in such agreements, according to the government.