On Monday, Congress General Secretary Priyanka Gandhi led a silent protest at the India Gate against the police action on Jamia students. 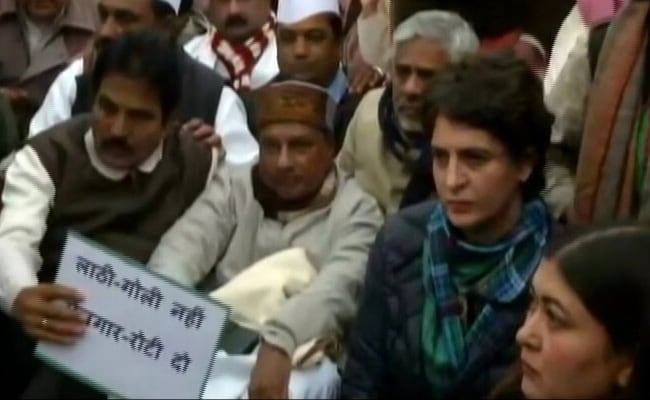 In a show of solidarity with the Jamia students and the protesting students in other universities, the Youth Congress will hold a torchlight procession to Parliament House at 6 pm today.

Condemning the assault on the Jamia students, the Youth Congress in a statement said: "This raises the basic question among the masses that how the state suppresses political activities among the universities and how police has become a tool for mass suppression and acts as a deterrent for the rising voice of dissent."

On Monday, Congress General Secretary Priyanka Gandhi led a silent protest at the India Gate against the police action. She was accompanied by many Congress leaders and workers. She termed the crackdown as "an attack on the soul of India" and said: "Why is the Prime Minister silent on economy and rapes?"

Congress leaders Ahmed Patel, AK Antony, General Secretary KC Venugopal, Ambika Soni and Mukul Wasnik were also present at the sit-in protest by Priyanka Gandhi. Many women leaders, including Sushmita Dev, chanted slogans as Priyanka Gandhi termed the police action in Jamia campus on Sunday evening as "barbaric". She said the government has attacked the Constitution by enacting the new citizenship law and that Congress will fight to save the Constitution.