"You'll Trample Me Under Your Feet": Bureaucrat Ashok Khemka On Transfer

Ashok Khemka's tweet came two days after his yet another transfer by the Haryana government on Sunday along with nine others. 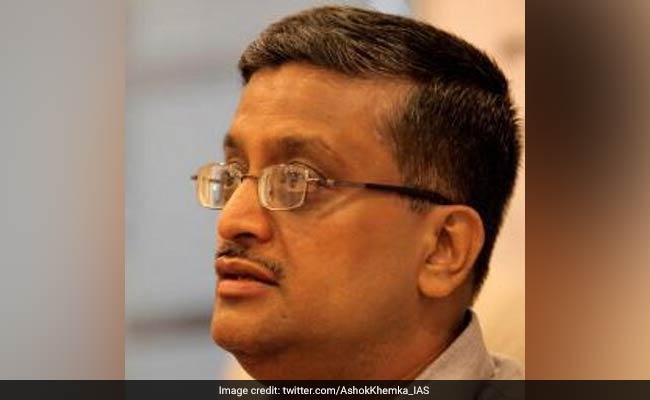 "Whose interests do I protect? Yours or the people's you claim to represent? It's your arrogance that you will trample me under your feet. With pleasure; I have suffered repeatedly, let it be once more," Mr Khemka tweeted this evening in Hindi with his anguish writ large in his words.

The 1991-batch IAS officer's tweet came two days after his yet another transfer by the Haryana government on Sunday along with nine others.

Mr Khemka, who was posted for nearly 15 months in the Sports and Youth Affairs Department, headed by state minister Anil Vij, has been reportedly transferred for over 50 times in his career so far.

Before being transferred to the Sports and Youth Affairs Department in November 2017, Mr Khemka held the charge of principal secretary in Social Justice and Empowerment Department.

Even at that time, he had taken to Twitter after the transfer order was issued.

"So much work planned. News of another transfer. Crash landing again. Vested interests win. Deja vu. But this is temporary. Will continue with renewed vigour and energy" Mr Khemka had tweeted then.