"You Have No Other Job?": Chief Justice Slams Case Against Priya Varrier

The Hyderabad police had filed a case against Priya Prakash Varrier, based on the complaint from a group of young men. 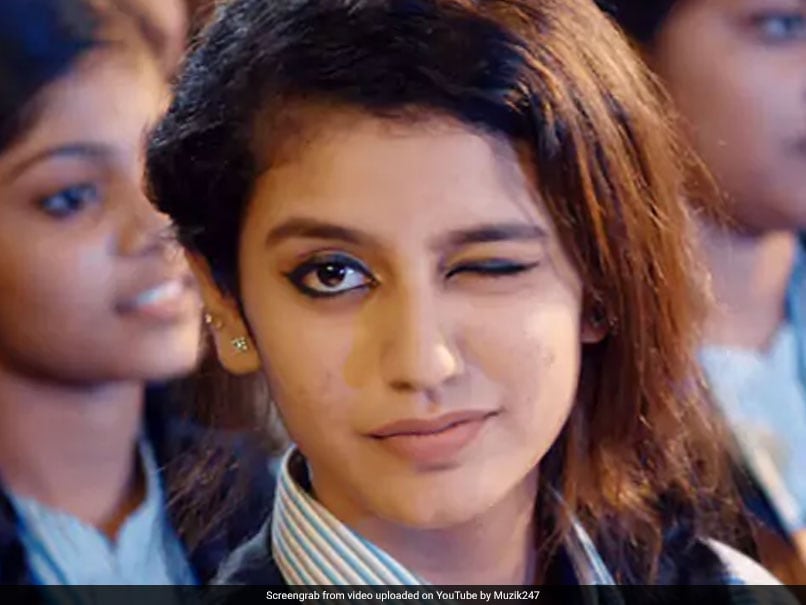 Priya Varrier said the song was a traditional one sung by Muslims in north Kerala's Malabar region.

Malayalam actor Priya Prakash Varrier was granted a huge reprieve today as the Supreme Court cancelled a police case against her over a song in her upcoming movie "Oru Adaar Love".

Priya Prakash Varrier, who became wildly popular for what most would recognize as The Wink, had beenaccused by complainants Muqeeth Khan and Zaheer Uddin Ali Khan of hurting sentiment with her wink in a popular song from the movie.

"Somebody in a film sings a song and you have no other job but to file a case," Chief Justice of India Dipak Misra said in a sharp rebuke to the complainant.

The Hyderabad Police had accepted the complaint and filed a case against the 18-year-old actor, listing the charge of "deliberate and malicious acts intended to outrage religious feelings."

The court said today that these charges did not apply to Priya Varrier and cancelled the case. The top court also cancelled the First Information Report against the director and producer of the movie.

Priya Varrier had petitioned the top court saying the song praises the love between the Prophet Mohammed and his first wife Khadeeja and "has been misunderstood by the complainants". She had also said it was a traditional song sung by Muslims in north Kerala's Malabar region.

When the complainant argued in Supreme Court that winking not permitted in Islam, the Chief Justice said: "It's only a song!"

In February, the Supreme Court had put on hold all police cases against her.

The young actor shot to fame earlier this year when the song showing her winking and smiling became a rage on the Internet and charmed the nation.