"Only We Can Build Ram Temple In Ayodhya," Says Yogi Adityanath 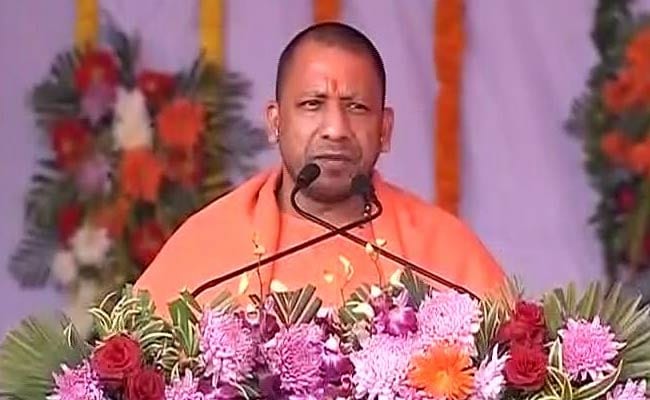 Yogi Adityanath has also said that Hindu culture is India's only culture.

Whenever Ram temple is constructed in Ayodhya, it would be done by "us" and no one else, declared Uttar Pradesh Chief Minister Yogi Adityanath today.

"Some people were speaking about Ram Janmabhoomi... they were saying that they will only vote for the party that will build Ram temple. I want to assure you that whenever that happens and we'll be the ones to do it, nobody else can do it," Yogi Adityanath said at the Yuva Kumbh in Lucknow.

The debate was initially started by BJP spokesperson Sambit Patra who demanded to know the gotra of the Congress president. Gotra refers to a clan or descendants from a common ancestor.

Last month, a priest, who claimed to have old records of the Nehru-Gandhi family tree, said that Rahul Gandhi is a "Dattatreya" and a Kashmiri Brahmin.

Ahead of the national election next year, the Ram temple issue is a common occurence in rallies, speeches, with various right-wing organisations and a section of the BJP calling for fast-forwarding the construction of the temple.

Some have even called for an ordinance or an executive  order to bypass the legal process. The Ayodhya title suit is currently pending in the Supreme Court, which is expected to say in January when it will begin hearing the case.

Senior BJP leader Kailash Vijayvargiya also said one should not be in a hurry when a matter is pending in court. "But if people's aspirations keep increasing, the government will have to take a call on it (whether to bring ordinance or not). As of now, the party is not thinking of bringing in an ordinance on construction of temple," he was quoted as saying by news agency Press Trust of India earlier this month.