The priest claimed that he possessed old records, or 'pothi', in which the record of his family tree is registered 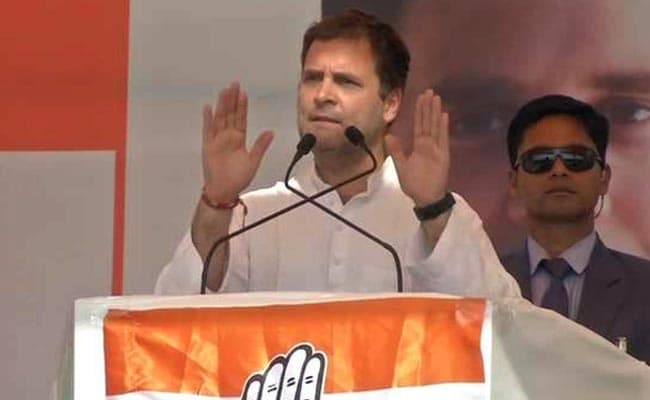 A priest at the Pushkar lake in Rajasthan, who presided over the puja offered by Rahul Gandhi on Monday, claimed that the Congress president's gotra was 'Dattatreya' and he is a Kashmiri Brahmin.

"His gotra is 'Dattatreya' and he is a Kashmiri Brahmin. Motilal Nehru, Jawaharlal Nehru, Indira Gandhi, Sanjay Gandhi, Maneka Gandhi and Sonia Gandhi have come and offered prayers at the ghat and it is recorded with us," Dinanath Kaul, the priest, told reporters.

Mr Kaul claimed that he possessed old records, or 'pothi', in which the record of his family tree is registered and the priest's ancestors had made Motilal Nehru, Jawaharlal Nehru and other members of the family do puja at the Pushkar Sarovar.

"(Rahul) Gandhi came and offered prayers at the ghat. He also said his gotra is Dattatreya. Dattatreya are Kauls and Kauls are Kashmiri Brahmin," he said.

The priest also presented documents showing the names of Rahul Gandhi's ancestors who have worshipped at the Pushkar lake.

The Congress chief visited the Ajmer dargah and Pushkar and offered prayers before addressing election rallies.