Congress sources said Priyanka Gandhi Vadra could contest from Raebareli, her mother's constituency, which she has been nurturing for years.

Uttar Pradesh Chief Minister Yogi Adityanath on Friday launched a savage attack on Congress president Rahul Gandhi and his sister Priyanka Gandhi Vadra -- who joined politics earlier this week-- saying the party's move would not have any impact on the electoral outcomes. "Zero plus zero is always equal to zero," the leader quipped, referring to the two Congress stalwarts.

"This is not the first time Priyankaji is entering into the political arena. She led her party (in Uttar Pradesh) in the 2014, 2017 election. The Congress would be decimated this time as well. This (Priyanka Gandhi Vadra's joining politics) will have no impact on the BJP," he was quoted by news agency as saying.

After the Congress was snubbed by Mayawati and Akhilesh Yadav who formed an alliance in Uttar Pradesh for the upcoming Lok Sabha election, the party appointed Priyanka Gandhi Vadra as general secretary, in charge of eastern Uttar Pradesh. Jyotiraditya Scindia will help Priyanka Gandhi in the onerous task of reviving the party in the state.

Congress sources said Priyanka Gandhi Vadra could contest from Raebareli, her mother's constituency, which she has been nurturing for years. 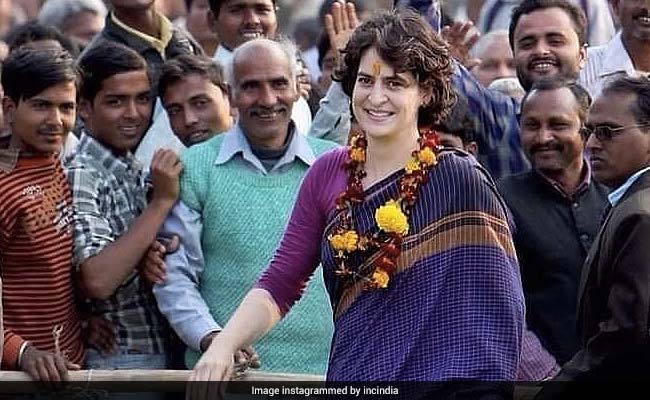 In eastern Uttar Pradesh-- the region Priyanka Gandhi Vadra would manage for the party-- has many high-profile constituencies, including Gorakhpur, Yogi Adityanath's bastion won by the Samajwadi Party in 2017.

The Congress was in talks with several regional parties for a pan-India alliance against the BJP, but in the last few weeks, many parties seem to be backing away. N Chandrababu Naidu's TDP and Mamata Banerjee's Trinamool Congress have indicated that they would go solo in their respective states.

"Priyanka is a good woman. But her appointment also shows Rahul has understood that he cannot do politics alone, so he asked his sister Priyanka to help him," Ms Mahajan said.