"Mediation Failed Before Mahabharat Too," Says Yogi Adityanath On Ayodhya 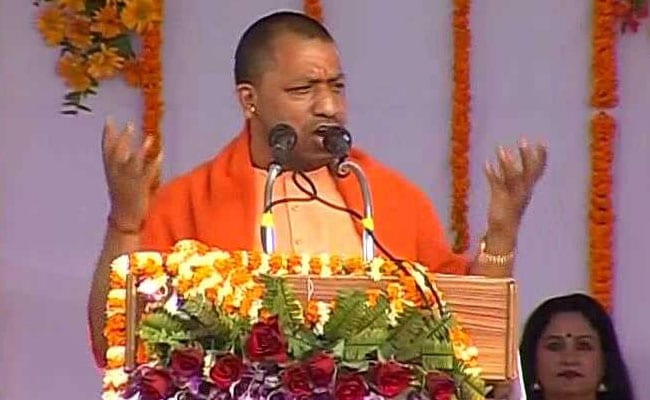 Uttar Pradesh Chief Minister Yogi Adityanath on Saturday said he  knew the three-member committee appointed by the Supreme Court to mediate in the Ayodhya issue would lead to nothing. He said that attempts to mediate were also made before 'Mahabharat'-- a war between the 'Pandavas' and the 'Kauravas' in Indian mythology--but they failed. The comments come a day after the court disbanded the mediation panel, declaring daily hearings from August 6 in the decades-old dispute.

"Honourable Supreme Court had constituted a three-member team for mediation (Ayodhya land dispute), it was unsuccessful. We already knew mediation would lead to nothing. But it is good that attempts were made. Mediation attempts had been made before 'Mahabharat' too, but they had failed," Yogi Adityanath said.

The dispute involves the site in Ayodhya where the 16th-century Babri mosque stood before it was razed in 1992 by Hindu activists who believe that it was built on the ruins of an ancient temple marking the birthplace of Lord Ram. In riots following the mosque demolition, 2,000 people died across the country.

In 2010, the Allahabad High Court had ruled that the 2.77-acre land in Ayodhya be partitioned equally among the three parties - the Sunni Waqf Board, the Nirmohi Akhara and Ram Lalla (infant Ram). Fourteen appeals have been filed in the top court against the order.