Yogi Adityanath also alleged that the Congress party was party to multiple scams and it had played with the security of the country and its citizens. 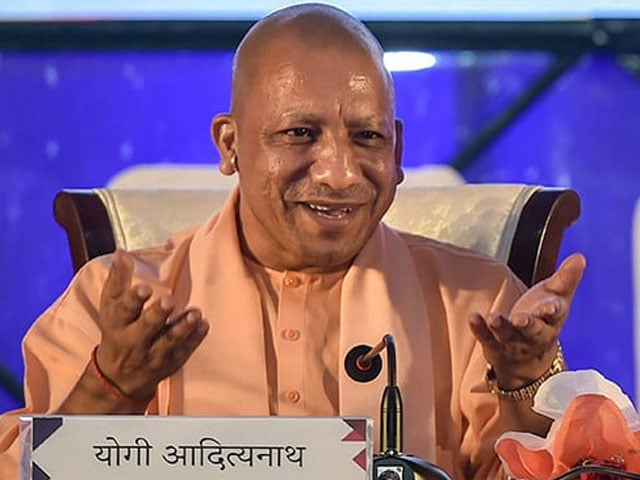 Attacking Congress over the AgustaWestland deal, Uttar Pradesh Chief Minister Yogi Adityanath on Monday alleged the party leaders had got Rs 150 crore bribe for the helicopters purchase transaction during the previous UPA regime.

He also alleged that the Congress party was party to multiple scams and it had played with the security of the country and its citizens.

Addressing a hurriedly-convened press conference in Lucknow, Yogi Adityanath claimed the Rs 3,700 crore AugustaWestland deal during the UPA regime involved a bribery of around Rs 360 crore, out of which the Congress leaders got Rs 150 crore.

However, he did not elaborate on his claims.

The ruling BJP has stepped up its attack on the main opposition party and its leaders in the wake of the alleged reference made by Christian Michel, the alleged middleman in the AgustaWestland deal, about one "Mrs Gandhi", as told by the Enforcement Directorate to a court.

The Congress has, however, rejected the allegations and has counter-alleged that it was the Modi government that was a "protector, benefactor and promoter" of AgustaWestland as it lifted a ban imposed on the helicopter maker during the UPA rule and allowed it to bid for 100 naval utility helicopters.

The Congress has also said it will get the matter probed if it comes back to power in 2019.

Address a press conference in the national capital, former defence minister and senior Congress leader A K Antony Monday accused the BJP and the government of "manufacturing" lies in the AgustaWestland case and said Sonia Gandhi and Rahul Gandhi never interfered in any defence deals during the UPA regime.

At his press conference, Adityanath alleged the Congress did not leave any sector between 2004 and 2014 where it did not commit a scam, "be it jal (water), thal (earth), nabh (sky), antariksh (space) and pataal (underground)."

"In this context, Christian Michel taking the name of 'Mrs Gandhi' proves that Congress is fully involved in this (scam)," he said.

The UP chief minister said officials of AugustaWestland have already been punished by an Italian court.

"The court had also said that other accused persons linked to the case are residing out of Italy, and hence it cannot do anything. After all, who are are those people. The surfacing of Mrs Gandhi's name itself proves the involvement of Congress leaders," he claimed.

"This is the reason as to why the Congress is nervous," Adityanath said, while alleging that the party has been committing scams in the name of defence deals but it has got "unmasked" in the AugustaWestland case.

He further alleged that the country's defence needs would not have got impacted if the Congress did not indulge in bribery in defence deals.

"Congress president Rahul Gandhi must apologise before the country. The truth is emerging before the people and they will punish the Congress," Adityanath said.

Anotny, however, accused the ruling party of indulging in vendetta politics without any iota of truth.

He also said it was the Congress-led UPA government that had ordered a CBI inquiry the moment it came to know of corruption allegations in the VVIP AgustaWestland helicopter deal and had initiated proceedings to blacklist the company.

Antony claimed that the UPA government fought the case "unusually" in a Milan court against the chopper-making company and won it too.

"We cancelled the contract and started proceedings of blacklisting. But after we left, the Modi government did nothing against AgustaWestland. Instead of acting against the company, they favoured the company," he said.

The senior Congress leader alleged that the government and the BJP were trying to divert attention from the allegations raised by his party on the Rafale fighter jet deal and were not initiating an inquiry into the matter or a joint parliamentary committee (JPC) to probe the charges.