Yet Another Congress Resignation, This Time it is Haryana Power Minister Ajay Singh Yadav 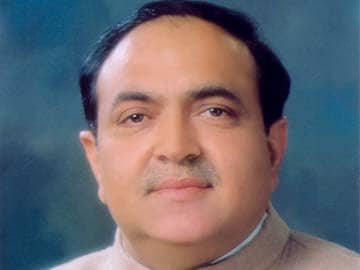 Captain Yadav, a retired Armyman and a powerful Ahir leader from the Rewari region, has accused Chief Minister Bhupinder Singh Hooda of marginalising him in decision-making.

Haryana: Haryana Power Minister Ajay Singh Yadav resigned from the government today, delivering a severe blow to the ruling Congress, which has its back to the wall ahead of assembly elections in the state.

Captain Yadav, a retired Armyman and a powerful Ahir leader from the Rewari region, has accused Chief Minister Bhupinder Singh Hooda of marginalising him in decision-making.

"I had to make the sacrifice of resigning under compulsion when the bias in matters of development, recruitment, induction of members of various commissions (RTI, RTS) and other statutory bodies. The party failed to learn any lessons from the Lok Sabha debacle," he told a news agency.

The resignation is expected to hamper the Congress' attempts to hold on to power in a state it has ruled for the last 10 years. Another Ahir leader, Rao Inderjeet Singh, had walked out of the Congress last year. He won the Gurgaon Lok Sabha seat for the BJP in the general elections and is now a minister in the Narendra Modi government.

The Congress posted disastrous results in the general elections - it had won only one of ten seats, putting extreme pressure on Mr Hooda, who has style of functioning has earlier been challenged by other Congress leaders from the state.

Among them is Kumari Selja, a former union minister who refused to contest the Lok Sabha polls and shifted to the Rajya Sabha. After the elections she had suggested that the chief minister should own responsibility and step down.

There are reports that another disgruntled Congressman, Chaudhary Birendra Singh, a powerful Jat leader, has met former BJP President Rajnath Singh last month - a charge that he has not denied so far.

The BJP had won seven seats in the Lok Sabha elections and hopes to repeat that performance in to wrest Haryana back from the Congress. Former chief minister Om Prakash Chautala's Indian National Lok Dal or INLD had won two seats.

Since its debacle in the general elections, the Congress has had to tackle rebellion against its chief ministers in several states, including Maharashtra, another poll-bound state, where industries minister Narayan Rane resigned earlier this month.

It has also had to a quell a rebellion against Assam Chief Minister Tarun Gogoi.
Comments
haryana minister resigns