Yamuna pollution: The Delhi government's nine-point action plan to prevent frothing in the Yamuna river includes stopping untreated sewage flowing into the river from Haryana and UP 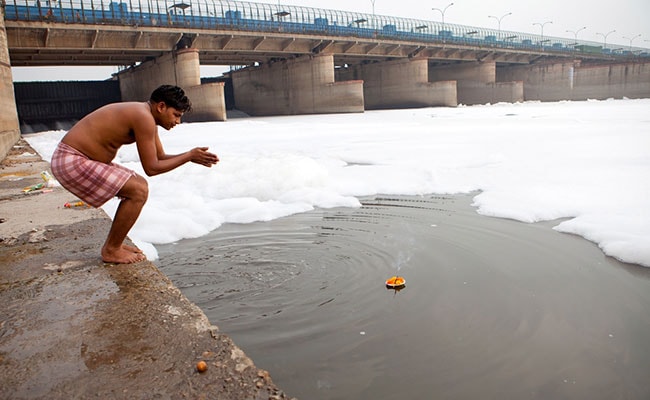 The Delhi government has prepared a nine-point action plan to prevent frothing in the Yamuna river due to the discharge of untreated sewage in the river. The plan, approved by the Delhi Pollution  Control Committee (DPCC), lays down targets to be achieved by various agencies, including the Delhi Jal Board (DJB), Delhi Development Authority (DDA) and municipal corporations, to prevent the discharge of untreated wastewater in the river. According to the plan, Haryana and Uttar Pradesh have been asked to upgrade their sewage treatment plants (STPs) to standards prescribed by the DPCC for treating the wastewater entering the Yamuna through Najafgarh drain and Hindon cut canal.

Untreated sewage entering the Yamuna from Haryana and UP has on multiple occasions led to an increase in ammonia levels in the river water, affecting drinking water supply in the national capital, according to the DJB. As per the plan, the UP Irrigation Department has been tasked with removing water hyacinths in the Okhla barrage by March 31. The decomposition of water hyacinths releases phosphates, which leads to frothing.

The DJB has to connect all unauthorized colonies and settlements to its sewerage system by December 31 next year. Till then, the utility has to ensure that the sewage and septic tank waste from such colonies is collected and transported to sewage pumping stations and sewage treatment plants by authorized vendors - which is an ongoing exercise. The water utility has to upgrade its existing STPs to meet the prescribed standards of the DPCC by the end of next year. 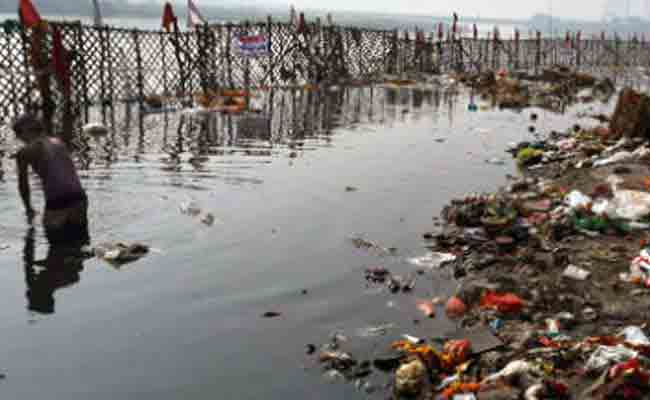 Pollution in the Yamuna waters is a major problem in Delhi

The construction of new STPs at Coronation Pillar an Okhla has to be completed by June 30, 2021 and December 31, 2022, respectively. The two STPs will be able to treat 70 MGD and 124 MGD (million gallons of wastewater per day), respectively. All drain-owning agencies, including DJB, DDA, MCDs and PWD, have to impose environmental compensation of Rs 50,000 on those who dump solid waste and sewage into the drains.

The DDA has to remove all encroachments, including dhobi ghats if any, from the Yamuna floodplains by March 31, according to the action plan. "Foam formation in the Yamuna is due to the presence of phosphates and surfactants in the river. Foam is produced when organic matter decomposes and releases fatty acids that act as surfactants or surface active agents," the plan document read.

The major sources of phosphates and surfactants is the untreated sewage from unauthorized colonies without a functional sewer system and the wastewater coming into the Yamuna from Haryana (into Najafgarh drain) and UP (into Hindon cut canal), it said. The phosphoric compounds get settled in the river bed. On the release of water from a barrage or reservoir, these compounds get agitated, leading to frothing.

Rahul Gandhi To Address Students Of US' Cornell University On Democracy