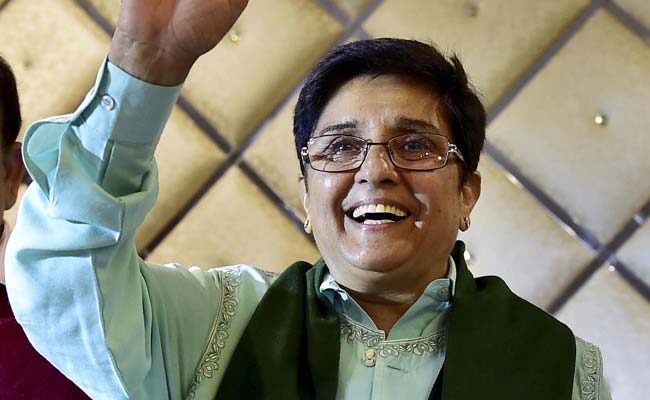 Former top cop and BJP leader Kiran Bedi has said that the controversial BBC documentary on the Delhi gang rape case need not have been banned by the government without watching and analysing it, as it meets the "needs of crime prevention strategies" in chauvinistic segments of Indian society.

The documentary, "India's Daughter", about the infamous 2012 Delhi gang rape, premiered in the US this week but has been banned by the Indian government.

Ms Bedi told PTI in an interview, that the film is "very strongly reflective of a prevailing mindset, which is rampant in our country, both in urban and rural settings".

Currently in the US on a speaking tour, Ms Bedi, who has seen the documentary, said the film "meets the need for a holistic crime prevention approach, particularly crimes against women".

The male mindset of certain segments of society continues to be parochial, she said, adding that they feel that the "space of women has to be restricted", and that women are supposed to be "subordinate" to the male needs.

"While you have many progressive men in India today, there is a very large percentage of men who are controlling the lives of women," Ms Bedi said.

"I see this every day while working with families through my voluntary work. For me this film is very comprehensive evidence of all that India needs to address in this regard. Number one: this prevailing medieval male mindset. And secondly, sluggish criminal justice system," she said.

"For instance, this case is pending before the highest court for close to a year after being fast-tracked. Third is the apathetic community response in several cases of crimes against women," she argued.

"From my perspective, this film could have been used as a catalyst for a much needed social revolution in India both for administrative learning as well as addressing the attitudes to ask people - how many of you are still like that?" Kiran Bedi said.

"Hiding (banning the movie) is not the answer. Confronting the stark reality is the answer," she said.

"Yes," she said when asked if she believed that it is wrong of the Indian government to ban the film.
Comments
Nirbhaya DocumentaryKiran BediBBC documentaryDecember 16 rape caseDelhi gang rape caseIndia's DaughterNirbhaya