A 10-member bench of the International Court of Justice on May 18 restrained Pakistan from executing Kulbhushan Jadhav till adjudication of the case. 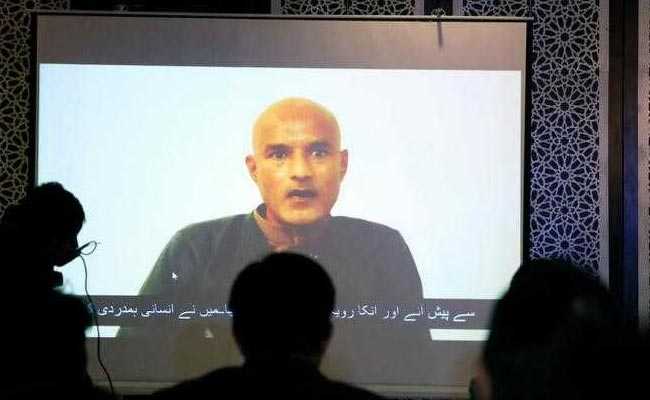 Kulbhushan Jadhav, 46, was sentenced to death by a Pakistani military court.

The Hague: The International Court of Justice (ICJ) has fixed April 17 and July 17 as time limits for India and Pakistan respectively for the filing of the written pleadings by them in the Kulbhushan Jadhav case.

Mr Jadhav, 46, was sentenced to death by a Pakistani military court on charges of espionage and terrorism in April, following which India moved The Hague-based ICJ in May.

A 10-member bench of the ICJ on May 18 restrained Pakistan from executing Mr Jadhav till adjudication of the case.

According to a statement issued by the principal judicial organ of the UN, the ICJ authorised the submission of a reply by India and of a rejoinder by Pakistan in the Jadhav case.

"The Court fixed 17 April 2018 and 17 July 2018 as the respective time-limits for the filing of these written pleadings," said the statement issued last week.

It said the ICJ made its decision taking into account the views of the parties and the circumstances of the case.

Promoted
Listen to the latest songs, only on JioSaavn.com
Pakistan claims its security forces arrested Mr Jadhav alias Hussein Mubarak Patel from its restive Balochistan province on March 3 last year after he reportedly entered from Iran.

India, however, maintains that Mr Jadhav was kidnapped from Iran where he had business interests after retiring from the Indian Navy.
Comments
Kulbhushan JadhavInternational Court of JusticeUnited Nations