"Have Asked For Storage Of Urine At Airports": Nitin Gadkari's Urea Plan

Human urine can be useful for making a bio-fuel and it can also yield ammonium sulfate and nitrogen, Union Minister Nitin Gadkari said. 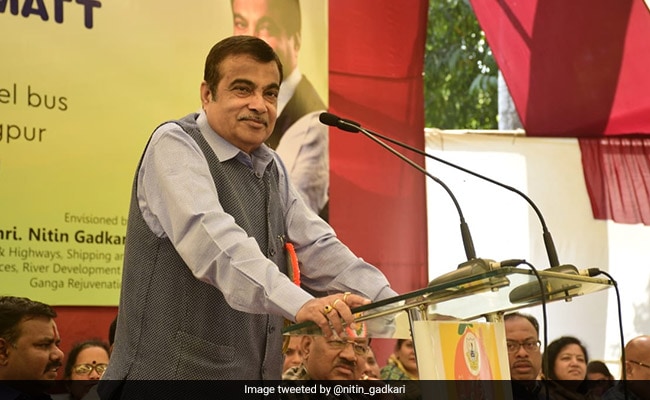 Nitin Gadkari said, "Other people do not cooperate with me because all my ideas are fantastic".

Lamenting that his out-of-box proposals often find no takers, Union minister Nitin Gadkari on Sunday voiced another such idea: make urea from urine.

If it is done, India will not need to import fertiliser, he claimed,  addressing a gathering of young innovators at the Mayor Innovation Awards function of the Nagpur Municipal Corporation.

Talking about importance of innovation, he gave the example of how bio-fuels can be extracted from natural waste.

Even human urine can be useful for making a bio-fuel and it can also yield ammonium sulfate and nitrogen, he said.

"I have asked for storage of urine at airports. We import urea, but if we start storing urine of entire country then we will not need to import urea, so much potential it has, and nothing will be wasted," the minister said.

"Other people do not cooperate with me because all my ideas are fantastic," the minister, known for his outspoken ways, said.

"Even the (municipal) corporation will not help, because in government, people are trained to be like (blinkered) bulls who walk in the rut, not looking here and there," he said.

Some years ago, Mr Gadkari had created a flutter by saying that he stored his own urine and used it as fertiliser for the garden at his official bungalow in Delhi.

Speaking at the function, he also gave the example of use of amino acid extracted from human hair waste, which can be used as a fertiliser.

It boosted production at his farms by 25 per cent, he claimed.

Because he could not get adequate hair in Nagpur, he had to purchase "five trucks of hair" from Tirupati (where devotees shave their head which are later sold) every month, Mr Gadkari said.

"We are selling amino acid abroad and have order of about 180 containers of bio-fertiliser from the Dubai government," the Union minister, who controls Purti Group of Industries, said.