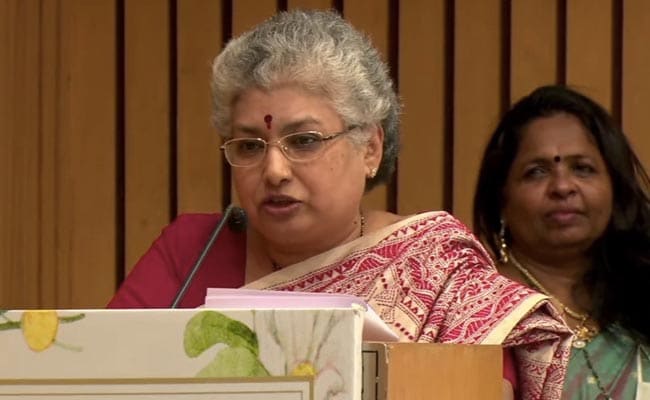 The appointment of woman judicial officers, particularly at senior levels, can shift stereotypes, thereby changing attitudes and perceptions vis-a-vis gender roles, Supreme Court Justice BV Nagarathna said. Citing her own possibility of heading the Indian judiciary -- the first-ever woman in that position -- she credited Chief Justice NV Ramana for it.

"Advancing women's participation in the Judiciary promotes the role of gender equality in broader ways," Justice Nagarathna said at a function organised by the Lady Advocates of the Supreme Court, felicitating nine newly-appointed judges, including three women.

"Women's visibility as judicial officers can pave the way for women's greater representation, in others decisions, making positions, such as in legislative and executive branches of the government."

Calling it a day of celebration and the simultaneous appointment of multiple woman judges a "monumental achievement", Justice Nagarathna sought a standing ovation for Chief Justice Ramana for his "stupendous effort" in taking before members of the Supreme Court collegium the "historic decision" of having more than one woman judge in the apex judicial body. Chief Justice NV Ramana today received a standing ovation for his efforts to have woman judges in the Supreme Court.

"God willing, and with the blessings of all of you, I may become the first woman Chief Justice of India, and that credit must go to Chief Justice Ramana," she said.

Justice Nagarathna who was recently elevated to the Supreme Court from the Karnataka High Court is in line to head the Indian judiciary in 2027.

Delving deeper on the matter, she said higher numbers and greater visibility of woman judges can increase the willingness among women to seek justice and enforce their rights through the courts.

Advising young woman advocates, she said they should involve themselves in all branches of law and continuously strive to do better.

"I have come to believe that each one of us has a personal calling which is unique as our fingerprint and the best way to succeed is to discover what it is our passion and to find the way to offer it to others in the form of service," Justice Nagarathna said.