With Rafale, A Game-Changer Missile That Puts India Ahead Of China: Exclusive 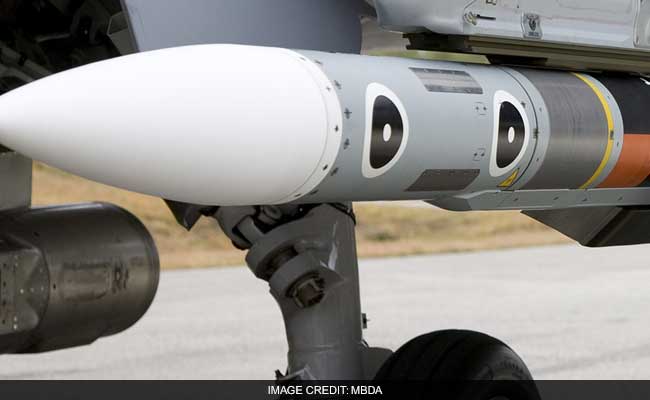 New Delhi: As India and France get set to sign a Euro 7.87 billion contract for 36 French Rafale fighters, details are emerging on a previously undisclosed part of the deal, which will see India acquiring the Meteor, arguably the world's most advanced air-to-air missile.

Sources tracking the final negotiations have confirmed to NDTV that the IAF's Rafales will come equipped with the Meteor designed to knock out enemy aircraft and cruise missiles significantly more than 100 km away.

The acquisition of this weapon is likely to be game changer in South Asia. Neither Pakistan nor China, India's traditional military adversaries, possess a weapon of the same class.

The only other air-to-air missile as capable as the Meteor is the AIM-120D, the latest variant of the US Advanced Medium Range Air-to-Air Missile which is also designed to hit targets more than 100 km away.

Analysts, however, point out that the Meteor is likely to be significantly more capable because of its ramjet engine.

According to War is Boring, a leading international website that explores high technology weapons systems, "A conventional solid-fuel booster accelerates the Meteor after launch, like most air-to-air missiles. But while roaring through the air, the missile opens up a chute, allowing air to rush into the engine, which heats up the oxygen and propels the supersonic missile to Mach 4 (four times the speed of sound)."

Engineers from the European firm MBDA, which builds the missile, have reportedly claimed that the Meteor has a "no escape zone" three times larger than that of the AIM 120D AMRAAM missile.

According to War is Boring, "the no-escape zone is an aerial combat term for a cone-shaped area determined by the missile's capabilities -- from where a targeted aircraft cannot escape solely using its own manoeuverability."

To survive the no escape zone, a fighter jet has to be able to jam the seeker of the incoming missile or deceive it by firing chaff, strips of metal foil released in the air to obstruct radar detection.

At the moment, India and France are finalising details of the Inter-governmental agreement on India's acquisition of the Rafale. A French team, currently in Delhi, is reviewing the contract which runs into several thousand pages.

Promoted
Listen to the latest songs, only on JioSaavn.com
Once this document is firmed up, the file goes back to the Cabinet Committee on Security for final approval, which, at this stage, is likely to be a formality.

Prime Minister Narendra Modi had announced that India would be acquiring 36 Rafale fighter jets from France in an off-the-shelf purchase when he visited France in April last year. Deliveries of the fighter are likely to begin in 2019.  Sharp differences between Indian and French price negotiators meant that neither side was able to achieve a breakthrough till now.