With new satellite in space, India to get 'Desi GPS' 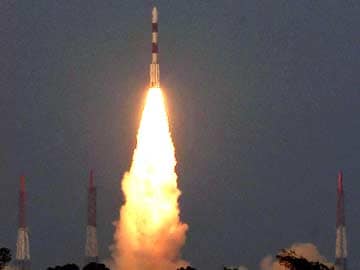 The satellite navigation system is a fleet of seven satellites that will help provide precise locations within 20 meters.

Sriharikota: The Indian space agency made history today by launching the Polar Satellite Launch Vehicle or PSLV successfully 25 times in a row, bringing India one step closer to its own global positioning system or the 'desi' GPS.

The satellite navigation system will be a fleet of seven satellites that help provide precise locations within 20 meters. The 'desi GPS' will be similar in function to the American Global Positioning System (GPS) but regional in coverage.

India will be the sixth country in the world, after America, Russia, Europe, China and Japan to have this system. This is vitally necessary in times of war since most modern precision bombs and missiles depend on accurate positioning. Till now most of us have relied on the American GPS, very popular on smart phones but not good enough for military applications as it can't be relied upon for seamless coverage in times of war and the in-built error makes it un-suitable for precision strikes.

Some may naturally ask if this satellite navigation system by India were working would it have been possible to locate the lost Malaysian Airlines Flight 370, unfortunately the answer is no.

The constellation of Indian satellites will continuously beam down data that can be read by special hand held instruments which when calibrated using sensors based on the ground can help pin point location. Today in its 26th flight India's workhorse rocket the PSLV hoisted a 1432 kilogram special satellite that also carries on it a precision clock called an atomic clock. The entire fleet of satellites is likely to be ready by 2016 when Indian Regional Navigation Satellite System will become operational.

India's satellite system is designed to cover a region of about 1500 km on either side of the border, essentially covering the geographical region from where India has a perception of threat, and both Pakistan and China are within the footprint.
The first Indian navigation satellite launched last year in July is working normally. Late last year the PSLV had successfully sent India's maiden mission to Mars the Mangalyaan, which is healthy and rapidly closing on the Red Planet and in a few months it will rendezvous it.

Promoted
Listen to the latest songs, only on JioSaavn.com
ISRO is now gearing for the first experimental flight of its largest rocket the Geo-synchronous Satellite Launch Vehicle (GSLV) Mark III that will be launched sometime in June this year from Sriharikota and will flight test India's first crew module.