The Legion of Honour, instituted in 1802 by Napoleon Bonaparte, is the highest civilian award given by the French Republic for outstanding service to France. 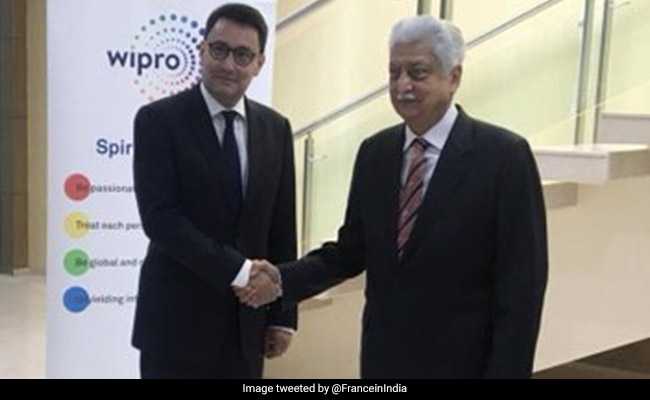 French Ambassador to India Alexandre Ziegler on Wednesday honoured global software major Wipro Chairman Azim Premji with the highest French civilian award 'Chevalier de la Legion d'Honneur' (Knight of the Legion of Honour) in Bengaluru, in recognition of his contribution to the Indian IT industry and philanthropy.

The Legion of Honour, instituted in 1802 by Napoleon Bonaparte, is the highest civilian award given by the French Republic for outstanding service to France, regardless of the nationality of the recipients.

The President of France is the Grand Master of the Order of the Legion of Honour.

"I am honoured by the award bestowed on me. The vibrancy of the French democracy and its diversity is an inspiration to all across the world," Mr Premji said on the occasion.

Wipro's association with France spans over 15 years, with several French firms and organisations as its clients. Around 65 per cent of the company's employees in France are locals.

As France is a key market for Wipro, the company is committed to continued investments there.

Large French digital firms have a footprint in India, employing over 1,30,000 people at their research and development (R&D) centres and facilities.