Karnataka Chief Minister Basavaraj Bommai pointed out that there was a need for a small legal battle in the Supreme Court. 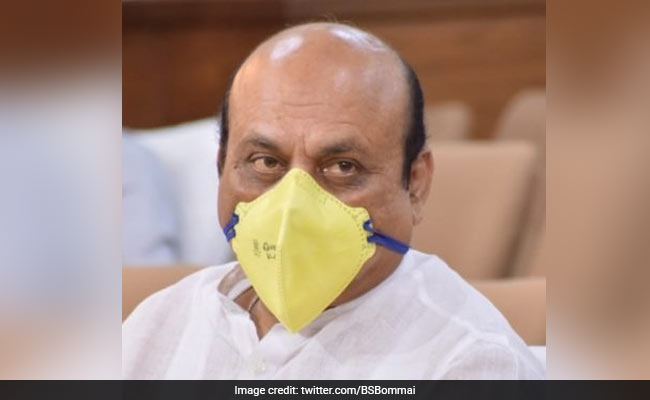 Karnataka Chief Minister Basavaraj Bommai on Sunday said he is committed to resolve all the water disputes including the contentious Mekedatu balancing reservoir across Cauvery river, Mahadayi drinking water project and the third stage of the Krishna Upper project.

"We have to complete the third stage of Upper Krishna project to irrigate 5.5 lakh hectares land. That is our priority. We know the background of it," Mr Bommai said in his maiden Independence Day speech as Chief Minister from the Field Marshal Sam Manekshaw Parade Ground.

He pointed out that there was a need for a small legal battle in the Supreme Court.

He said he would make a sincere effort to bring water to Uttara Karnataka region after getting clearances.

The chief minister also said that he would complete the contentious Mekedatu project on Cauvery river in the south of Karnataka and Kalasa Banduri project on Mahadayi river in the north.

Regarding the Mekedatu scheme, Mr Bommai said he will work with the Central government, explain all the dimensions of the issue to the officials there and will start the project after seeking permission for it.

"I will make every effort to complete the (Mekedatu) drinking water and hydro-electricity project for Bengaluru and neighbouring villages at the earliest after seeking necessary clearances. I will start the project pertaining to sharing water during the distress year between Karnataka and Tamil Nadu," the Chief minister said.

The Rs 9,000 crore Mekedatu balancing reservoir and drinking water project across the Cauvery river in Ramanagara district aims at utilising 4.75 TMC of water for drinking purposes in Bengaluru and neighbouring areas, besides generating 400 MW power.

However, Tamil Nadu is opposed to it, saying that it will hamper the interests of the state and deprive its farmers of water for irrigation purposes.

"I will not compromise when it comes to issues related to Karnataka''s border, language, land, water and its people," Mr Bommai said, reiterating his resolve.

The Chief Minister also announced a number of schemes in line with Prime Minister Narendra Modi's call to celebrate the event till August 15, 2023 to mark the platinum jubilee (Amruth Varsh) or 75th year of the Independence Day of India, starting from Sunday.

Speaking about his limitations, the Chief Minister said he was aware of the fact that he had only 20 months with him, which is the rest of the term of the present Karnataka assembly.

"If I have to achieve all this, I have to formulate long term and short-term plan. Whatever I can achieve in 20 months, I will do it in a result-oriented manner," Mr Bommai explained.

Giving a call for establishing ''Nava Karnataka'', the chief minister said he will make a sincere effort to bring about a major change.

"I am dreaming of a major change and I have the confidence to make it happen. I am aware of many doubts and comments on me. I am watching them all. Those all are blessings for me. I will take those doubts and comments in a sportive manner and convert them into my strengths and deliver good to the people of Karnataka," the Chief Minister said.

Mr Bommai paid tribute to the freedom fighters whose supreme sacrifices brought independence to the country.

He also recalled the challenges posed to the government by the COVID-19 and the recent floods. Due to COVID-19 protocols in place, the celebrations were not as grand as they used to be.