Will Keep My Cards Close To Chest: Mukul Sangma On 'Unexpected' Results

"The results were not on expected lines, but I am still looking forward. I would like to keep my cards close to the chest," Mr Sangma told news agency Press Trust of India. 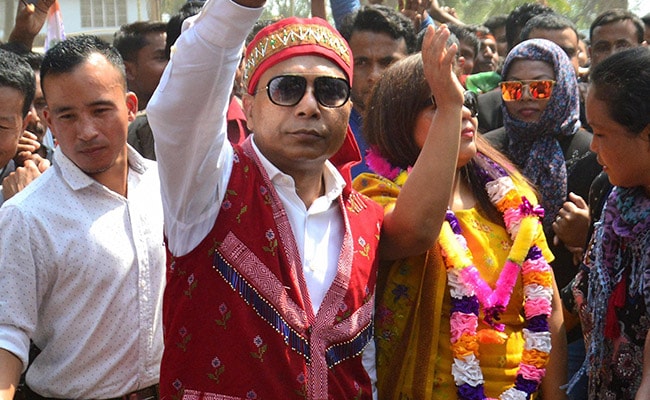 New Delhi: With Meghalaya set for a hung assembly, two-time Chief Minister Mukul Sangma said the election results were not what the Congress had expected but refused to reveal his party's plan now.

"The results were not on expected lines, but I am still looking forward. I would like to keep my cards close to the chest," Mr Sangma told news agency Press Trust of India.

Voting for 59 of the state's 60 assembly seats were held on February 27. Polling for one seat was put off after the death of a candidate.

The Congress that has ruled the state for nearly eight years is set to be the single largest party. It has won 21 seats, still 10 short of the 31 mark needed to form government. In the last elections, the party had won 28 seats and had formed the government with the help of Independents.

As the prospects of a hung verdict emerged, top Congress leaders Kamal Nath and Ahmed Patel rushed to Meghalaya to try and get smaller parties on board to cobble up the numbers the party needs to retain power in the state.

"Smaller parties have spoken to us and have assured us of support," Mr Nath told NDTV.

Asked which parties had pledged their support, Mr Nath refused to reveal names but said the "BJP is trying to create mischief".

After the assembly elections in Manipur and Goa threw up fractured verdicts last year, the BJP moved swiftly and formed governments there with the help of smaller parties and Independents. The Congress that had emerged as the single largest party in the two states was found wanting.

This time too, the BJP has sent its master strategist for the Northeast, Himanta Biswa Sarma, to Meghalaya.

The National People's Party (NPP), founded by former Lok Sabha Speaker PA Sangma and now led by his son and lawmaker Conrad Sangma, is poised to be the No. 2 party. It has won 19 seats.

The BJP that didn't win any seat in the last elections has won two seats.