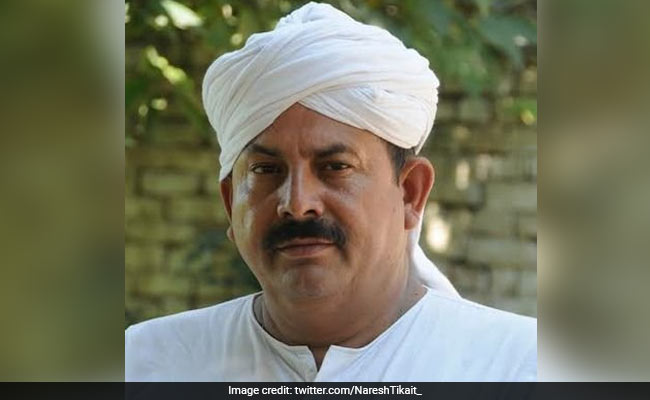 Naresh Tikait addressed the farmers after a tractor rally from Muzaffarnagar to the Delhi-UP border. File

The memorandums to be forwarded to President Ram Nath Kovind would be given to mark the completion of seven months of farmers' agitation against the three central legislation, Mr Tikait said today.

Mr Tikait made the declaration while addressing farmers at UP Gate where they have been sitting on a dharna, blocking one carriageway from Ghaziabad to Delhi on the National Highway 9 for the last seven months.

Mr Tikait addressed the farmers after leading a rally of 100 tractors from Muzaffarnagar to the protest site on the Delhi-Uttar Pradesh border in Ghaziabad.

Addressing the farmers, Mr Tikait said it is the "height of the central government's rigidness" that the farmers have been sitting in protests at various borders of Delhi for the last seven months but the government has turned a blind eye to their demands.

"Only a deaf and mute government can act like this," he said.