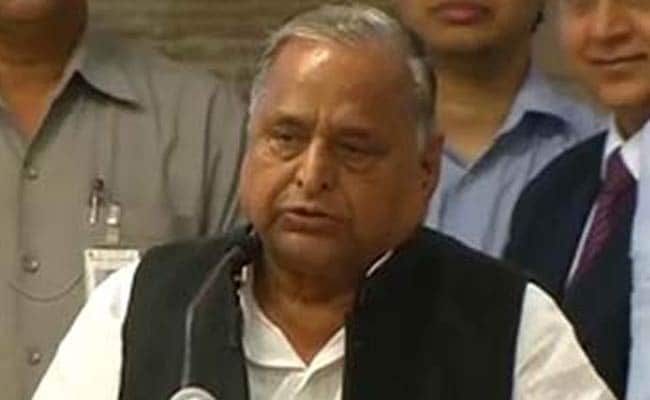 Badaun: Family members of two sisters, who were allegedly raped and murdered in Badaun, today sought an apology from Samajwadi Party chief Mulayam Singh Yadav for saying that the case was "blown out of proportion" and it was a "cold-blooded" murder by the girls' cousins for property.

"We want an apology from him. He is trying to save the accused of his same caste. If he does not apologise, we will file a defamation suit against him," a family member Sohanlal said in Badaun.

"The cousins, of whom Yadav is talking about, are between five and 14 years. One brother is 22-year-old, who was in Delhi at the time of the incident," he said.

Sohanlal's reaction came after Mr Yadav kicked a fresh controversy, saying while one man commits rape, four are named to "settle scores" and that rape by four persons was not "practical".

To stress his point, Mr Yadav cited the alleged rape and murder case of Badaun stating that it was "blown out of proportion".

"The CBI probed the case and found out that rape was not committed at all. They were cold-blooded murders by the victim's cousins for property," he said.