Ram Shankar Katheria, Uttar Pradesh's BJP candidate from Etawah, made remarks in reference to cases registered against him and other BJP leaders during Mayawati government in the state. 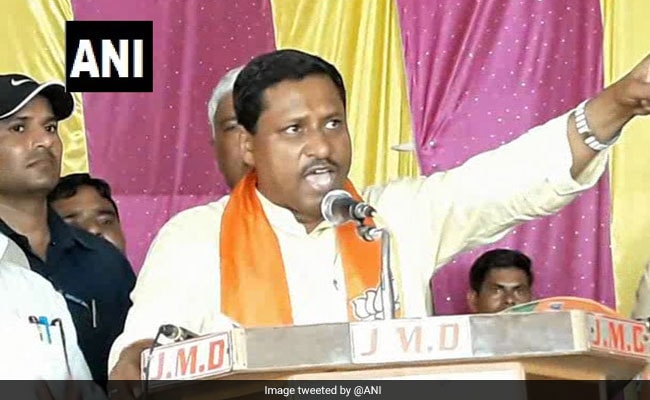 Ram Shankar Katheria, Uttar Pradesh's BJP candidate from Etawah, has threatened the opposition saying that fingers pointed at their party will be broken.

"We are in power in the state and the Centre. We will break any fingers that are pointed at us now," he said while addressing a public rally in his constituency on Thursday, news agency ANI reported.

His remarks were made in reference to cases registered against him and other BJP leaders during Mayawati government in the state.

"Mayawati tried to put me behind bars several times. She filed as many as 29 cases against me. But I was not afraid of her," he said, adding that he fought with full vigour and confidence.

"I promise that if anyone dares to raise their eyebrows against us, we will respond in the same way. I promise to be with you in every situation," the BJP leader added.

He urged the people of his constituency to vote in favour of BJP candidates across the state and make Narendra Modi the Prime Minister for a second term.

Mr Katheria was earlier a junior minister in education ministry when Smriti Irani headed it. He had been in controversy in 2016 for his remarks that "if saffronisation of education is good for the country, it will happen".

"Whatever is good for the country will be done, be it saffronisation or Sanghwaad (propagation of RSS ideology)," the minister had said.

The Lok Sabha polls will be held in seven phases from April 11 to May 19 and the counting will take place on May 23. Uttar Pradesh, with its 80 seats, will go to polls in all seven phases.