Will Be Ready To Face Any Challenges: IAF Chief Over Pakistan PM's Speech 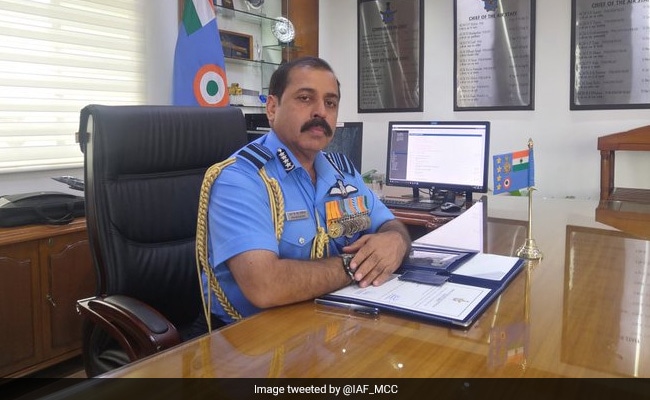 The new Indian Air Force (IAF) Chief Air Chief Marshal RKS Bhadauria today said the force is ready to face any challenges. He made the comments after Pakistan Prime Minister Imran Khan, at the UN General Assembly, warned of a nuclear war with India recently.

"What he (Pakistan Prime Minister) said is their understanding of the nuclear and strategic aspects. We have our own understanding and our own analysis and we will be ready to face any challenges," Air Chief Marshal Bhadauria said.

Imran Khan, in his maiden address to the UN General Assembly on September 28, had said: "If a conventional war starts between the two countries anything could happen. A country seven times smaller than its neighbour what will it do -- either surrender or fight for its freedom,"

"My belief is we will fight and when a nuclear-armed country fights till the end it will consequence far beyond the borders. I am warning you. It''s not a threat but worry about where are we heading. If this goes wrong you hope for the best but prepare for the worst," Imran Khan had added.

Air Chief Marshal Bhadauria also said that the Rafale jets will greatly enhance the capabilities of the Air Force and will give the it an edge over Pakistan and China.

"Rafale is a very capable aircraft, once we induct it, it will be a gamechanger in terms of our operational capability and when we use it in combination with SU-30 and other fleets which we have, we would have a serious jump in our capability. It will give us an edge over Pakistan and China," Air Chief Marshal Bhadauria said.