An update on the One Sun One World One Grid initiative was also discussed at the assembly. 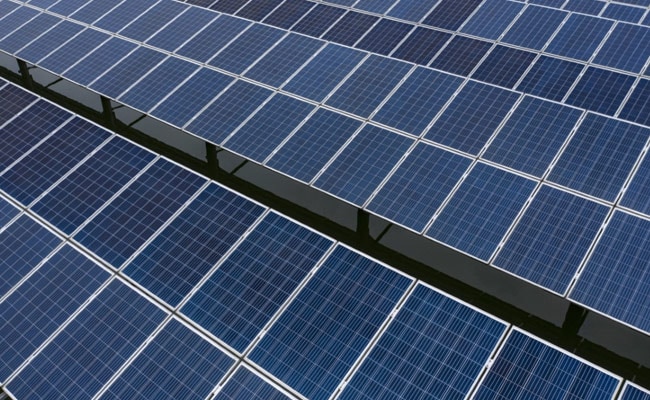 The fourth General Assembly of the ISA was held virtually between October 18 and October 21. It was presided over by Union Power and New and Renewable Energy Minister RK Singh, who is also the president of the ISA General Assembly.

"The General Assembly approves a solid action agenda to mobilize USD one trillion... in solar investments by 2030, including a blended finance risk mitigation facility," ISA said in a statement.

A total of 108 countries participated in the assembly, including 74 member countries, 34 observer and prospective countries, 23 partner organisations and 33 special invitee organisations.

The new hydrogen initiative is aimed at enabling the use of solar electricity to produce hydrogen at a more affordable rate than what is available currently (USD 5 per KG), by bringing it down to USD 2 per KG.

Making hydrogen cost competitive with natural gas presents major challenges for both supply and performance. However, bringing down the costs can unlock a cascade of benefits.

The discussions at the assembly highlighted that the MSME clusters can replace diesel gensets with hydrogen, which are viable even at today''s solar hydrogen prices.

The discussions also focused on how ISA''s waste management programme will be pivotal for the growing volume of waste and toxic materials, lack of waste specific legislation, and high cost of waste treatment.

An update on the One Sun One World One Grid (OSOWOG) initiative was also discussed at the assembly.

The concept of a single global grid for solar was first outlined at the First Assembly of the ISA in late 2018. It envisions building and scaling inter-regional energy grids to share solar energy across the globe, leveraging the differences of time zones, seasons, resources, and prices between countries and regions.

The OSOWOG will also help decarbonise energy production, which is today the largest source of global greenhouse gas emissions.

Aiming to synergise its efforts and actions with other similar initiatives globally, OSOWOG has joined hands with GGI (Green Grid Initiative) to form a unified GGI-OSOWOG initiative.

This aims to contribute to the collaborative, rapid development of resilient grids globally -- building on continental, regional and national grid infrastructure programs.

The UK COP Presidency, the Government of India, and the Presidency of the ISA, are expected to announce this collaboration at COP26 to facilitate increased technical, financial, and research cooperation to help deliver the joint vision of the two initiatives.

This collaboration will be another leap towards a global ecosystem of interconnected renewables shared for mutual benefits and global sustainability and collectively become as one of the most resilient steps to mitigate climate change and support the global energy transition.

The ISA also announced a partnership with Bloomberg Philanthropies to mobilise USD 1 trillion in global investments for solar energy across ISA member countries.

Delivering the presidential address, Mr Singh said, "It is time for all of us to get together to make energy access using solar and renewable energy available. We have successfully done this in India, and it can be replicated globally."

He further said it is time for developed countries to direct the energy transitions funds they had committed at previous climate conferences. ISA will cover credit guarantees and help in driving green energy investments in these countries.

"Developed nations must decide whether economic development should take place through clean energy, or by burning coal and firewood. The developed world cannot escape this responsibility," he added.

ISA Director General Ajay Mathur said, "ISA targets USD 1 trillion of investment in solar by 2030, which would be significant in bringing the world closer to energy transitions needed."

The ISA is an inter-governmental treaty-based organisation with a global mandate to catalyse solar growth by helping to reduce the cost of financing and technology.