"In the last six months, my wife has not written me as many love letters as LG saab has," tweets AAP boss Arvind Kejriwal 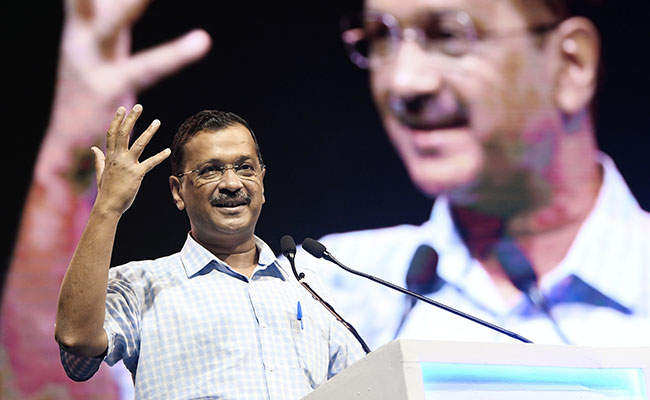 Delhi Chief Minister Arvind Kejriwal today suggested to Lieutenant Governor VK Saxena to ease up on the "scolding" and "love letters", and "chill a little".

"As much as LG saab scolds me everyday, even my wife does not. In the last six months, my wife has not written me as many love letters as LG saab has. LG saab, chill a little. And also tell your super boss to chill a little," the AAP boss said in a tweet in Hindi.

Part of the ongoing scam-versus-scam series of exchanges, Mr Kejriwal's tweet comes a day after his deputy Manish Sisodia -- accused in a "liquor scam" probe by central agencies -- sent a stinging letter to the Lieutenant Governor, appointed by the BJP-run central government. "There's been a scam of Rs 6,000 crore in the BJP-run municipal bodies of Delhi, but you don't see that because the BJP is involved," he wrote.

Mr Saxena has not responded. The BJP has dismissed the scam allegations as "mere political frustration".

The Lieutenant Governor's latest shot was when he, on Tuesday, ordered a probe into Delhi's free electricity scheme, a selling point of Chief Minister Arvind Kejriwal and AAP as they chase success in PM Narendra Modi's home state, Gujarat, that goes to polls by the end of this year.