The final list of National Register of Citizens (NRC) in Assam was published on Saturday with a little over 19 lakh people not being included in it. 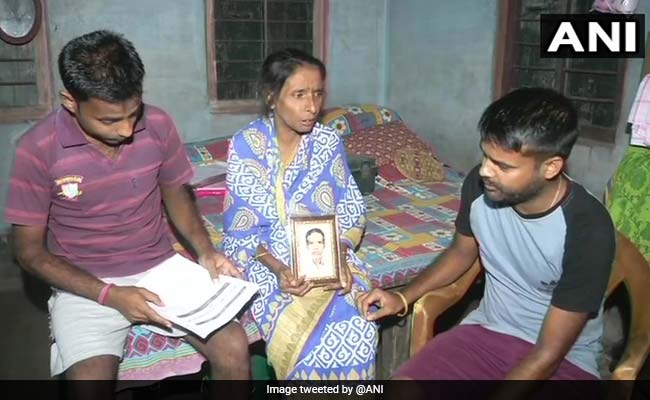 The family remains tensed after the release of the final list of National Register of Citizens.

Sixty-year-old Mohanmala Das was elated to see her name included in the National Register of Citizens (NRC) but her happiness was short-lived as she soon found out that the names of her sons were dropped from the final list.

Mohanmala's now dead husband Amrit Das was detained and sent to a camp two years ago on the allegation of being a foreigner. He died in the same detention camp five months earlier while waiting for his name to appear on the final list.

"My husband was a dutiful voter. Suddenly one day he got a notice and was detained. He stayed at the detention camp for two years and died there. Now names of my sons have also been dropped from the NRC final list. It is very painful. I do not know where to go and whom to live with," Mohanmala told news agency ANI on Saturday.

"My family was very happy when our names were included in the draft, but the final list took away that happiness," she said.

Mohanmala's elder son Krishna Das said that their family was feeling helpless and added that both he and his brother were worried about their mother.

"Our whole family is tensed. We do not know what will happen now. The moment we found out that our names were missing, we started thinking about what will happen to our mother, who will look after her," Krishna said.

The final list of National Register of Citizens (NRC) in Assam was published on Saturday with a little over 19 lakh people not being included in it.

Prateek Hajela, the State Coordinator of NRC, said that over three crore people were found eligible for inclusion in the final NRC.

"A total of 3,11,21,004 persons are found eligible for inclusion in final NRC, leaving out 19,06,657 persons, including those who did not submit their claims," Mr Hajela said in a statement.

He said those who were not satisfied with the outcome of the claims can appeal before the Foreigners' Tribunals.

Those excluded can apply to the designated Foreigners' Tribunals within 120 days for their cases to be heard.

The list is aimed at segregating Indian citizens living in Assam from those who had illegally entered the state from Bangladesh after 1971.