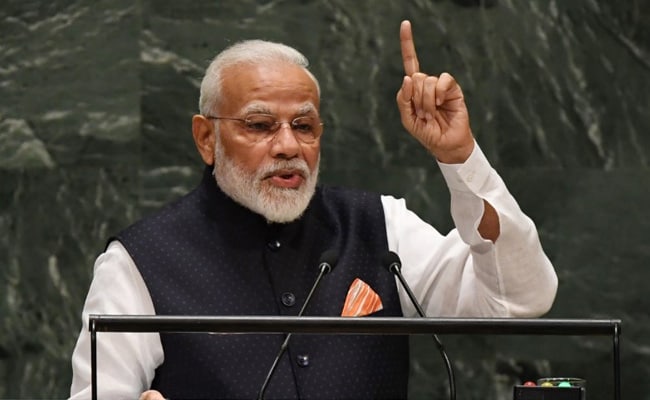 PM Modi said his objective is to turn India into an inspiration for the world.

When Prime Minister Narendra Modi stressed on the need for universal brotherhood in his address at the United Nations General Assembly (UNGA) on Friday, it was with a quote by ancient Tamil poet Kaniyan Pungundranar. "We belong to all places, and to everyone," PM Modi quoted him as saying, underlining the need for the world to cooperate in matters as diverse as development and anti-terror initiatives.

But why did PM Modi find it fit to quote Kaniyan Pungundranar, an influential Tamil philosopher-poet from 3,000 years ago, while exhorting the world to unite for the betterment of its people? The reason probably lay in the poet's firm belief that everybody in the world should be bound by a singular moral and legal code that prevents the segregation of humankind into various categories.

Kaniyan Pungundranar lived during the Sangam age between 6th Century BCE and 1st Century CE. He was born and brought up in Mahibalanpatti, a village panchayat in Tamil Nadu's Sivaganga district.

Addressing the 74th session of the UNGA, PM Modi said that India has worked towards strengthening its centuries-old tradition of "fraternity among nations" and welfare of the world over the last five years. "India is a great culture that's thousands of years old, a culture that has its own vibrant traditions, and which has encompassed universal dreams. Our values and culture see divinity in every being and strive for the welfare of all," he said.

PM Modi asserted that public welfare through public participation was at the very core of India's approach, and its strategy extends far beyond the country's borders. "Our efforts are not just for show, they are people-centric. Our efforts are for the entire world, especially other nations that are trying to achieve a change for the better just like us. I want India to develop at an even faster pace, so that our experiences can help the rest of the world too," he said.

This public participation, PM Modi claimed, should extend to anti-terrorism initiatives too. "Terrorism goes against the founding principle of the United Nations, and for the sake of humanity, it is crucial that the world unites against it. A divided world is in nobody's interests," he said.