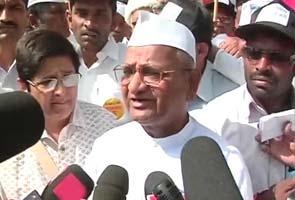 (Excerpts from reports on indiaagainstcorruption.org)

Lokpal will not have any power to either initiate action suo motu in any case or even receive complaints of corruption from general public. The general public will make complaints to the speaker of Lok Sabha or chairperson of Rajya Sabha. Only those complaints forwarded by Speaker of Lok Sabha/Chairperson of Rajya Sabha to Lokpal would be investigated by Lokpal. This not only severely restricts the functioning of Lokpal, it also provides a tool in the hands of the ruling party to have only those cases referred to Lokpal which pertain to political opponents (since speaker is always from the ruling party).

1. Lokpal has been proposed to be an advisory body. Lokpal, after enquiry in any case, will forward its report to the competent authority. The competent authority will have final powers to decide whether to take action on Lokpal's report or not. In the case of cabinet ministers, the competent authority is Prime Minister. In the case of PM and MPs the competent authority is Lok Sabha or Rajya Sabha, as the case may be. In the coalition era when the government of the day depends upon the support of its political partners, it will be impossible for the PM to act against any of his cabinet ministers on the basis of Lokpal's report. For instance, if there were such a Lokpal today and if Lokpal made a recommendation to the PM to prosecute A. Raja, obviously the PM will not have the political courage to initiate prosecution against A. Raja. Likewise, if Lokpal made a report against the PM or any MP of the ruling party, will the house ever pass a resolution to prosecute the PM or the ruling party MP? Obviously, they will never do that.

2. The bill is legally unsound. Lokpal has not been given police powers. Therefore Lokpal cannot register an FIR. Therefore all the enquiries conducted by Lokpal will tantamount to "preliminary enquiries". Even if the report of Lokpal is accepted, who will file the chargesheet in the court? Who will initiate prosecution? Who will appoint the prosecution lawyer? The entire bill is silent on that.

3. Lokpal will have jurisdiction only on MPs, ministers and PM. It will not have jurisdiction over officers. The officers and politicians do not indulge in corruption separately. In any case of corruption, there is always an involvement of both of them. So according to government's proposal, every case would need to be investigated by both CVC and Lokpal. So now, in each case, CVC will look into the role of bureaucrats while Lokpal will look into the role of politicians. Obviously the case records will be with one agency and the way government functions it will not share its records with the other agency. It is also possible that in the same case the two agencies arrive at completely opposite conclusions. Therefore it appears to be a sure way of killing any case.

Promoted
Listen to the latest songs, only on JioSaavn.com
5. The selection committee consists of Vice President, PM, Leaders of both houses, Leaders of opposition in both houses, Law Minister and Home minister. Barring Vice President, all of them are politicians whose corruption Lokpal is supposed to investigate. So there is a direct conflict of interest. Also selection committee is heavily loaded in favor of the ruling party. Effectively ruling party will make the final selections. And obviously ruling party will never appoint strong and effective Lokpal.

6. Lokpal will not have powers to investigate any case against PM, which deals with foreign affairs, security and defence. This means that corruption in defence deals will be out of any scrutiny whatsoever. It will become impossible to investigate into any Bofors in future.