Whodunit? Investigation Into Why Obama Dinner Invite Did Not Reach Fadnavis 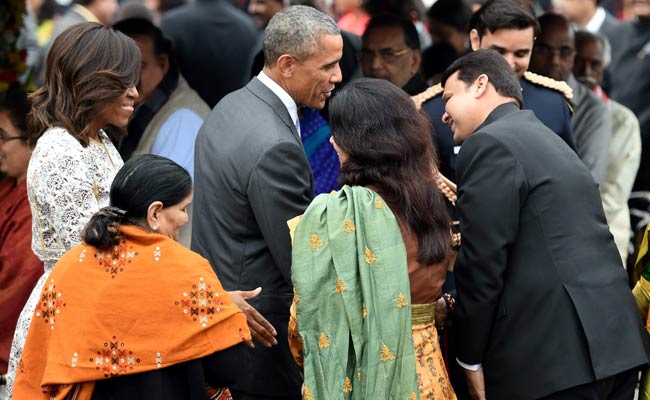 New Delhi: Maharashtra Chief Minister Devendra Fadnavis, who missed a dinner date with US President Barack Obama, today said he will look into reasons behind the invite not reaching him in time, though it was received at Maharashtra Sadan in Delhi over a week before the event.

"The invitation was received on January 17. The official concerned sent it to Mumbai by speed post," Mr Fadnavis told reporters in Mumbai.

"The resident commissioner at Delhi has been asked to send a detailed report. Action will be taken as per rules," he said.

The invitation to the dinner, which was hosted by Rashtrapati Bhavan for the US President, had been delivered at Delhi's Maharashtra Sadan on January 17, but was not forwarded to Mr Fadnavis in time.

The Chief Minister and his wife Amruta Fadnavis were among the dignitaries present at the high tea hosted for US President Barack Obama and his wife Michelle at Rashtrapati Bhawan on Sunday.

Promoted
Listen to the latest songs, only on JioSaavn.com
Amruta was later quoted as saying: "I told Michelle Obama I have always admired her. I follow her activities and efforts towards social causes and how she is a role model for women worldwide."

She said that she will "always cherish these proud moments of greeting President Obama and his wife."