Who is KC Venugopal? 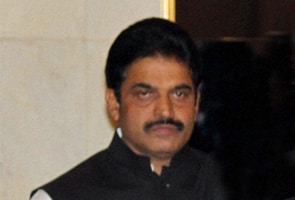 New Delhi: KC Venugopal, a first time LokSabha MP from Kerala, is the only brand new minister to join the Manmohan ministry and another young face in the Union government.

Making a ministerial debut at the Centre, the 47-year-old MP from Alapuzha has got "power" quickly getting the Minister of State slot in the Power ministry.

Beni Prasad Verma and Ashwani Kumar, the new ministers in UPA after today's minior expansion and reshuffle who were sworn in along with Venugopal, have been Union ministers earlier.

An avid sports fan and a university-level volleyball player, Venugopal comes in following the exit of Shashi Tharoor from the ministry following the IPL controversy.

The induction of Venugopal, a post graduate in Mathematics, is seen as a move to woo the influential Nair community ahead of the Assembly elections in Kerala due in May. The Nair community, to which Venugopal belongs, has been demanding his induction in the Ministry.

Interestingly, Venugopal who hails from Kannur districtin northern Kerala has won the Lok Sabha elections from a district in southern part of the state.

With Venugopal becoming a minister, Alapuzha districtnow has three ministers in the Centre, the other two being Defence Minister A K Antony and Overseas Affairs Minister Vayalar Ravi.

Promoted
Listen to the latest songs, only on JioSaavn.com
He is a three-time MLA and former minister, who resigned from the post of MLA to contest the Lok Sabha elections in 2009 and won the elections with a huge margin. He was a minister looking after temple affairs and tourism in the state for two years.