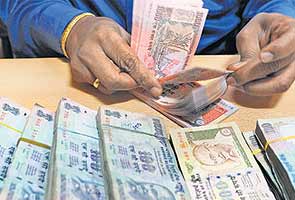 New Delhi: It is the best known secret of Indian politics. And it comes as no surprise that India's national, state and regional parties earned Rs 4,662 crore in the last seven years, mostly in form of donations and contributions, but there is a huge cover of secrecy and lack of transparency in who gave the money to them, a report released by two NGOs has claimed.

The report shows that the Congress has earned the most, Rs 2,008 crore, between 2004 and 2011 and its annual income has gone up steadily. At number two is the BJP, which in the same period made Rs 994 crore. Its finances too improved steadily in the same period.

The report analyses income tax returns of political parties and donation documents made available to the Election Commission. The NGOs, Association for Democratic Reforms (ADR) and National Election Watch (NEW), campaign for transparency in the finances and funding of political parties.

The NGOs say that there is no standardised format for political parties to declare their incomes. A major source of income for all parties is the sale of "coupons" instead of receipts. Voluntary contributions and donations are also on top of the list of sources of income. None of these, the NGOs' report says, are transparent ways to making and declaring money.

To bring some transparency into political funding, the Representation of People Act of 1951 says that political parties must declare details of contributions of more than Rs 20,000. This report though points out major loopholes, like parties declaring every single contribution of Rs 20,000 made by any person at one time. But if several donations totalling to more than Rs 20,000 are made by one person or company in one year, then parties interpret it differently. That leaves them the option of breaking up donations into amounts less than Rs 20,000.

Promoted
Listen to the latest songs, only on JioSaavn.com
The parties with highest "donations" are the Telengana Rashtra Samiti at 99.98 per cent and Lok Janshakti Party at 89.88 per cent.

The other major source of income for the major parties is also donations from corporate houses. The report has a list of which corporate house made how much donation and to which party. Most of them contribute to both the major national parties, the Congress and the BJP. For instance, the General Electoral Trust made a donation of Rs 36.41 crore to Congress and Rs Rs 26.07 crore to BJP between 2004 and 2011. Torrent Power similarly gave Rs 14.15 crore to Congress and Rs 13 crore to BJP. And a lot of the companies are new ones involved in infrastructure like power, steel and construction, beating the traditional firms of Tatas and Birlas.