Several leaders including Jammu and Kashmir's former Chief Ministers Mehbooba Mufti and Omar Abdullah were arrested amid tensed situation over the scrapping of Article 370. 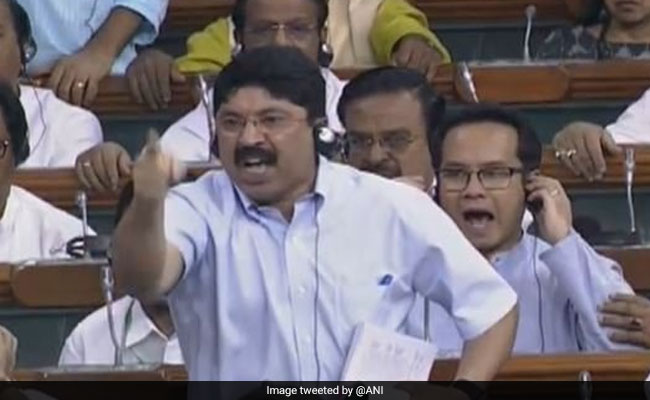 Dayanidhi Maran asked the Speaker to be neutral and protect the members.

Dravida Munnetra Kazhagam (DMK) lawmaker Dayanidhi Maran on Tuesday raised question in Lok Sabha about the absence of Farooq Abdullah, the lawmaker from Srinagar, during the debate on the government's decision to end special status to Jammu and Kashmir under Article 370.

"Farooq Abdullah, a member of this House, is missing. He is arrested and we have no intimation. You as a Speaker should protect the members. You should be neutral," Mr Maran said in the lower house of the parliament.

The DMK leader also read out rules 230 and 231 of the Lok Sabha from the rule book relating to the procedure for the arrest of a member of the parliament.

Several leaders including Jammu and Kashmir's former Chief Ministers Mehbooba Mufti and Omar Abdullah were arrested yesterday amid tensed situation over the scrapping of Article 370 of the Constitution that conferred special status to Jammu and Kashmir. According to sources, Mehbooba Mufti was taken from her home in Srinagar to a nearby government guest house.