"PM Who Advised To Sell Pakoda Had To Finally Give Quota," Taunts Sena

Around 80 to 90 lakh new job opportunities are needed every year to balance the employment rate in the country, Shiv Sena said. 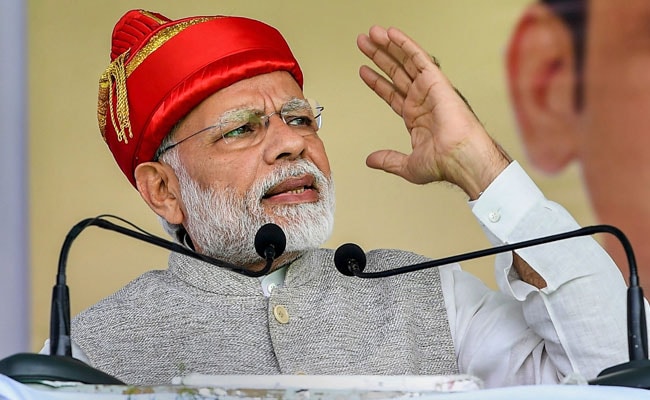 Crores of jobs have been lost after Modi government implemented notes ban and GST, it said.

A day after Parliament approved 10 per cent reservation for the ecomomically weaker sections in the general category, the Shiv Sena said on Thursday that the move will prove costly for the Modi government. The Maratha community has been given reservation in Maharashtra, but the question still remains that where are the jobs, the Sena said.

The Parliament had on Wednesday approved amending the Constitution to provide 10 per cent reservation to general category poor in government jobs and education. "When those in power fail on the twin fronts of employment and poverty, they have to play the reservation card," the Sena said in an editorial in party mouthpiece 'Saamana'.

"If this decision has been taken for votes, it will prove costly. After 10 per cent reservation, what about employment? Where will you get the jobs from?" it asked.

In India, the population of those over 15 years of age is increasing by 13 lakh every month. Employing minors below the age of 18 years is a crime, but child labour continues unabated, said the Uddhav Thackeray-led party, which is an ally of the ruling BJP at the Centre and in Maharashtra.

Around 80 to 90 lakh new job opportunities are needed every year to balance the employment rate in the country, but this calculation has been unstable for a while now, it noted.

"In the last two years, job opportunities have decreased instead of increasing and about 1.5 crore to two crore jobs have been lost due to decisions like demonetisation and GST implementation. There is a feeling of helplessness among youth," the Marathi publication said.

In 2018, 2.8 crore people applied for 90 lakh jobs in Railways. Besides, for 1,137 positions in Mumbai Police, over four lakh people applied and many of the applicants had more educational qualifications than required, the Sena claimed.