The first season of Netflix series 'Indian Matchmaking' was released in 2020 and created quite a buzz among the viewers. 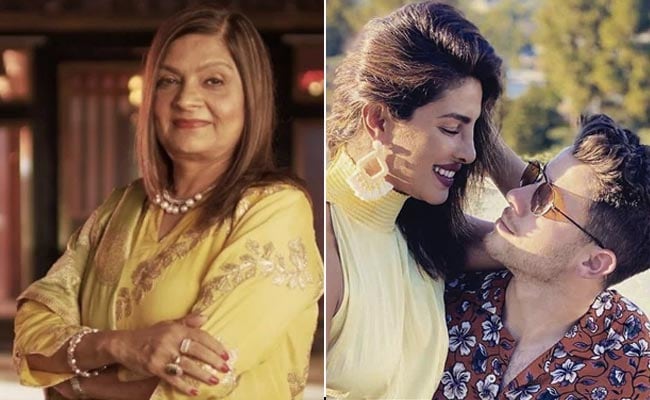 The second season of Netflix series 'Indian Matchmaking' started streaming on the platform on Wednesday (August 10). The series shows matchmaker Sima Taparia aka Sima aunty helping her clients in the quest to find the perfect partner. The first season of the reality series was released in 2020 and created quite a buzz among the viewers. The trailer of the second season was released by Netflix last month. This time, Ms Taparia is managing more expectations than ever before from her clients, drawing from her decades of experience.

The main highlight of the new season is that Sima aunty doesn't believe make a good pair due to their age gap.

In the second episode of the series, Ms Taparia is seen having a conversation at the house of one of her clients Nadia. While talking, Nadia's mother gives the example of Priyanka Chopra and Nick Jonas, noting that the actor is 11 years older than her husband.

Sima aunty also expressed her opinion about the same. "I don't feel it's a good match. Sorry to say that. They have married, but it's not a good match. He looks so small and petite in front of her, and she looks elder."

Priyanka Chopra and Nick Jonas got married in 2018. They welcomed their daughter Malti Marie Jonas via surrogacy earlier this year.

Indian Matchmaking garnered a fair deal of attention when it debuted in 2020 due to the concept and focus on South Asia traditions. In the trailer of the new season, Ms Taparia introduced the viewers to some of her new clients. Mumbai's premier matchmaker also shared how her job has become challenging with time as individuals get more and more choosy.