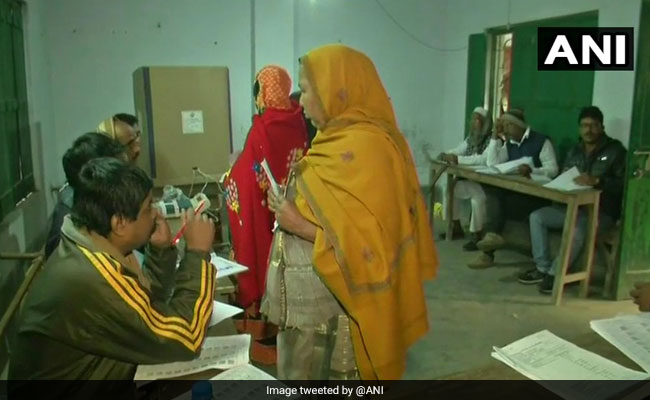 West Bengal Bypolls: The results of the byelections will be announced on February 1.

Kolkata: Voting for the Uluberia Lok Sabha and Noapara assembly bypolls began at 7 am today and the two constituencies registered 15 per cent and 17.5 per cent polling respectively in the first two hours.

Both the seats are likely to witness a direct contest between the ruling Trinamool Congress and the BJP, even as the CPI(M) is trying hard to hold its ground in its erstwhile bastions.

The results of the byelections will be announced on February 1.

The TMC, which had been in power in the Uluberia seat since 2009, has fielded Sultan Ahmed's wife Sajda this time.

The BJP has fielded its district committee leader Anupam Mallik from the seat. Five other independents are also in the fray from the Lok Sabha constituency.

In Noapara, the TMC has fielded Sunil Singh, the CPI(M) Gargi Chatterjee. Goutam Bose of the Congress and Sandip Banerjee of the BJP are the other contestants from the seat.

Promoted
Listen to the latest songs, only on JioSaavn.com
The Uluberia Lok Sabha seat has 15,77,396 voters and the Noapara assembly seat has 2,46,522 voters.