Monsoon Showers In Delhi, Weather Forecast In Other States 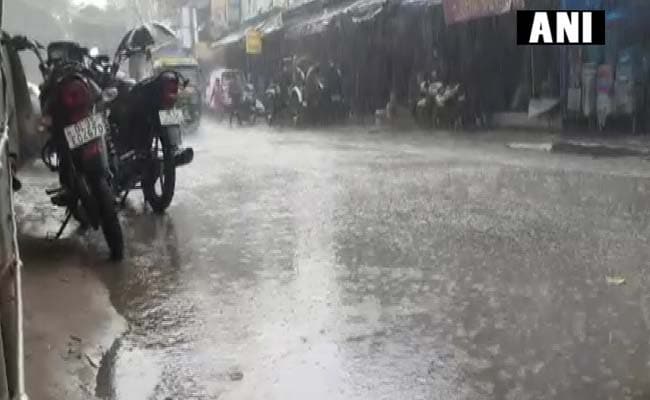 Meanwhile, monsoon showers lashed other parts of the country, including Mumbai, which is witnessing extensive waterlogging since Tuesday. A 'Red' alert is in place in the city and its neighbouring areas.

Kerala and Karnataka also experienced heavy monsoon rain today. There is rain alert in Idukki, Wayanad and Palakkad districts. Chief Minister Pinarayi Vijayan urged people to be vigilant as weathermen predicted widespread showers in the state this week. An 'Orange' alert, indicating very heavy rain, have been issued in the five districts of Malappuram, Kozhikode, Wayanad, Kannur and Kasaragod from August 4 to 8.

The India Meteorological Department forecast on Tuesday said a low pressure area over North Bay of Bengal is expected to bring heavy rainfall in several states.

In northern India, 16 districts have been affected by floods in Uttar Pradesh. Major rivers such as Sharda, Rapti and Saryu are flowing above the danger mark at some places, news agency PTI quoted officials as saying. Sharda has crossed the red mark at Palia Kalan, Rapti in Gorakhpur, and Saryu was flowing above the danger level at in Barabanki, Ayodhya and Gorakhpur, according to state relief commissioner, Sanjay Goel.

In UP, 1,129 boats have been deployed in the affected areas and 16 teams of the State and National Disaster Relief Force have been deployed. In it's forecast, the weather office said, rainfall and thundershowers are likely at a few places in the state on Wednesday.

In good news for Assam, the situation in the state continued to improve with the flood waters receding in many areas. Around 1.96 lakh people in 15 districts are still affected by the deluge, a government bulletin said. This year, floods and landslides have claimed 136 lives across Assam so far.