"Worst Of Both Worlds": Shashi Tharoor's Dig At Centre On Covid, Economy 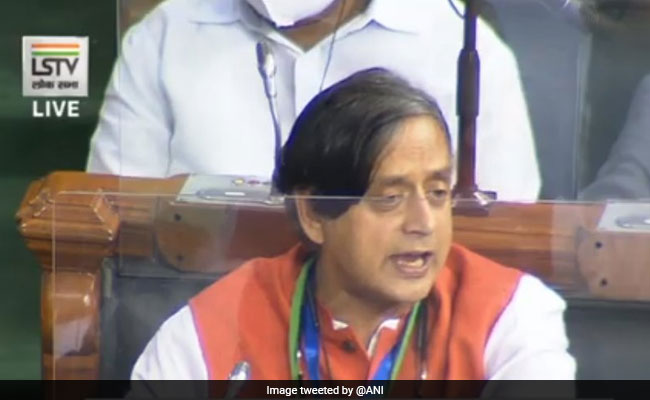 Congress MP Shashi Tharoor today hit out at the centre over its handling of the coronavirus crisis and management of the economy.

"We have the worst of both worlds. We have neither managed to limit the spread of the virus nor have we managed to keep the economy afloat. GDP (gross domestic product) for the first time in 41 years will actually shrink, our employment crisis has even become worst before, small and medium businesses have been devastated, trade is crashed and foreseeable national prospects are dying," Mr Tharoor said during a discussion in the lower house on the pandemic.

We have the worst of both worlds. We have neither managed to limit the spread of the virus nor have we managed to keep the economy afloat. GDP for the first time in 41 years will actually shrink: Congress MP Shashi Tharoor in Lok Sabha pic.twitter.com/0oNoT1nPeC

The MP from Kerala's Thiruvananthapuram said the centre is not consulting states before easing lockdown rules. "Even though people of this country were given three days' notice before locking down for a mere 17-hour janata curfew on a Sunday when most individuals spend a lot of time at home anyway. A trial for a longer national lockdown what followed was horrific," Mr Tharoor said.

"The Prime Minister in his address to residents of his constituency likened the disaster he had unleashed upon the nation to Kurukshetra. He said that Mahabharat took 18 days before victory was earned and tackling the COVID-19 will take 21 days. 180 days have passed, our national caseload is the second-largest in the world and heading for number 1. Daily cases have nearly reached a lakh. The economy is in tatters having suffered a contraction far more severe than any other country," Mr Tharoor said.