Twitter users showered their love on the video which has been retweeted by thousands of users. 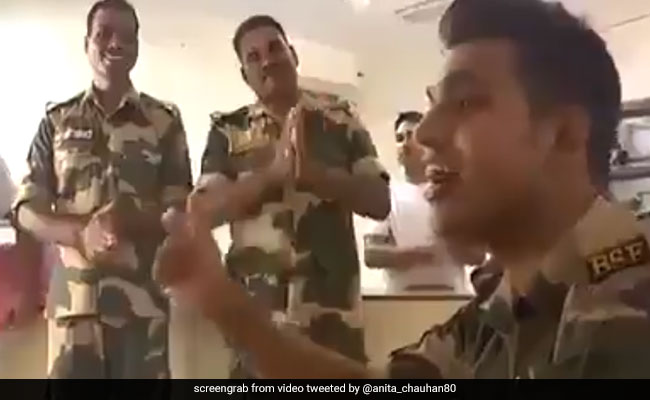 A video of a Border Security Force jawan singing a popular war film song has given Twitter "goosebumps".

Fellow soldiers can be seen applauding in the video as BSF jawan Surinder Singh sings "Sandese aate hain" from the 1997 film "Border".

His video shared on Twitter by user Anita Chauhan has got over 1 lakh views. The video also caught attention of Delhi Chief Minister Arvind Kejriwal who retweeted it. The official handle of Border Security Force also retweeted the video.

Twitter users showered their love on the video which has been retweeted by thousands of users.

"I got goosebump while listening to him...so beautifully he sang that song..," wrote a user.

Another user posted, "Proud of you sir. BSF jai jawans. U people r the real heros of this nation. What a song I am in tears."

"Salute to our very loved an respected soldiers.... Jai Hind, Jai Bharat," with another posting, "He would be the TRUE one and his co brothers to have FELT each words they sang! Vande Mataram!" a user commented on the video.

Since being posted, the video has received over 4,200 likes.