Opening the five-day DefExpo, the Prime Minister said India aimed at defence exports worth $ 5 billion in the next five years.

PM Modi tries the assault rifle at the DefExpo 2020

Prime Minister Narendra Modi tested his shooting skills in a virtual firing range at the DefExpo 2020, which he launched in Lucknow today. In photos and videos, the PM was seen holding an assault rifle and taking aim.

Defence Minister Rajnath Singh was also seen in photos trying out a gun. 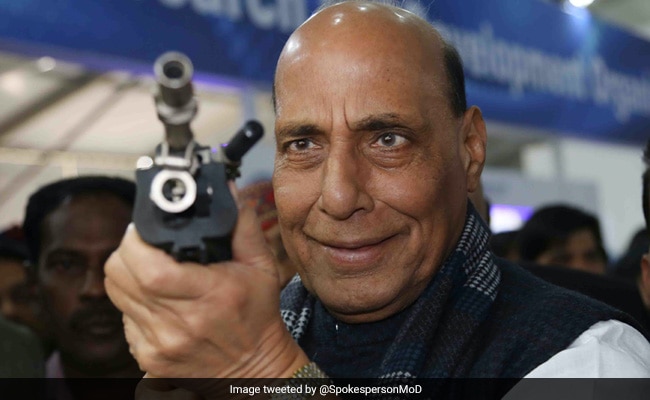 Rajnath Singh tries a rifle at the DefExpo 2020

Opening the five-day DefExpo, the Prime Minister said India aimed at defence exports worth $ 5 billion in the next five years.

The eleventh edition of the mega defence event is being held in Lucknow with the theme "India: The Emerging Defence Manufacturing Hub".

Ministers from over 40 countries are participating in this edition of DefExpo, making it an important opportunity for countries to further strengthen defence ties with India, the Defence Minister said.