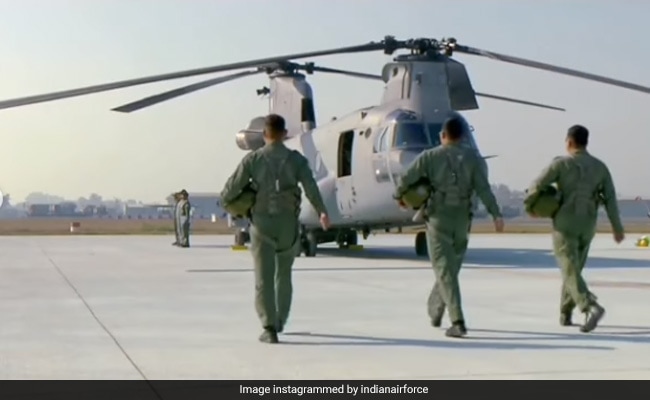 Preparations of the Indian Air Force (IAF) are in full swing for the Republic Day celebrations when they will showcase the largest number of aircraft in a grand flypast.

IAF has released a set of three videos on Instagram that showed how its pilots and other members are gearing up for the big event in New Delhi. The videos featured MiG 29s fighter jets, Chinook heavy-lift helicopters, and C130 Super Hercules military transport aircraft. The pilots and crew of these aircraft sounded upbeat and ready to put up a splendid show in the skies over the Rajpath.

“It's indeed a moment of honour and pride for us to be part of the Republic Day celebrations. It takes a lot of hard work and effort from each one of us,” said an IAF officer in the first video that focused on the MiGs.

The second video showed a crew preparing with the Chinooks. “Being in Air Force is a matter of pride for all of us,” said an officer, part of the crew. The Chinooks perform a variety of roles in challenging terrains for the Air Force. These helicopters provide an unmatched strategic lift capability of the IAF – from hills that are not accessible by road, including Siachen, to humanitarian assistance and disaster relief (HADR) missions across the country and to friendly nations.

The third video showed the crew behind the Hercules as the world's most advanced transport aircraft rolled down the tarmac with a grand thud and lifted off with a pulsating hum.

“IAF prepares for the Republic Day 2022 flypast. MiG29, Chinook and C130 crew in action for the RD Parade Flypast. Rajpath,” read the caption.

The IAF has said that this year's flypast will be the grandest ever and 75 aircraft would participate in the event to mark “Azadi ka Amrut Mahotsav”  on the occasion of 75 years of Independence. The flypast will conclude with seven Jaguars flying in the ‘Amrit' formation.