The video, shared on Facebook, traces the inception of the plan for the test to the final test where the interceptor missile shot down one of its satellites in space. 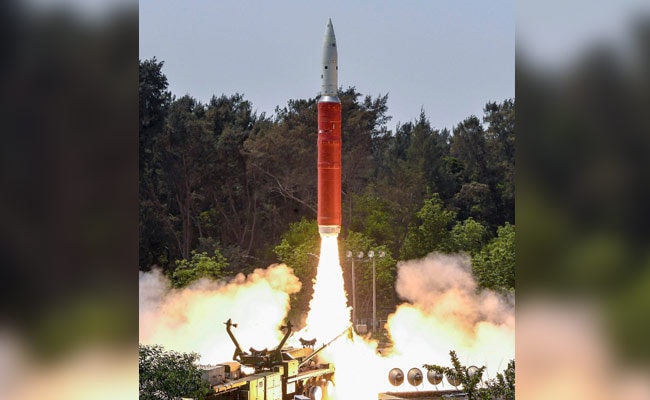 The Ministry of Defence released a video presentation of Mission Shakti on Saturday after successfully conducting an Anti-Satellite (A-SAT) test on March 27 from Kalam Island in Odisha.

The video traces the inception of the plan for the test to the final test where the interceptor missile shot down one of its satellites in space. The test established India's place in an elite club of space powers, which Prime Minister Narendra Modi announced to the nation in a televised address.

The video shows with a series of pictures and graphics the entire mission, from the execution to the shooting down of the satellite. The target was hit at an accuracy of 10cm and at an height of 283 kilometres.

The interceptor missile is a three stage missile having two solid rocket boosters and a "Hit to Kill" capable Kill Vehicle (KV). The video describes in detail the advanced technology used for the missile.

Prime Minister Narendra Modi had in 2014 directed the DRDO to work on "challenging technology" and in 2016 the mission got a heads up from him after a series of meetings between the National Security Adviser and the DRDO, the video stated.

A multi stage interceptor missile was configured with advanced technology to handle closing speeds of more than 10 km/second.

Only a small number of people were aware of the mission however work on the mission was conducted across the nation. Around 150 scientists worked on the mission tirelessly, the video stated.

PM Modi had in the address asserted that India's action was not directed against any country and that it was a test of the country's capability.

DRDO chief G Satheesh Reddy said on Saturday there was no possibility of debris from the test and all the debris should be dissolved within 45 days.