Earlier this month, over 600 Indians were evacuated in two batches from Wuhan where coronavirus originated.

The girls were seen celebrating and dancing in a video.

Amid scare over the deadly coronavirus, which has been declared a global health emergency by the World Health Organisation, several girls at an isolation camp in Delhi broke into dance as they tested negative and were allowed to go home after more than two weeks. They were evacuated earlier this month from China's Wuhan city, the epicentre of the coronavirus outbreak.

In a video, five girls, with masks on, are seen dancing at the Indo-Tibetan Border Police (ITBP) quarantine facility in Delhi to a Bollywood chart-buster. Other people in the room are seen playing carrom and table tennis as the girls continue to celebrate amid loud music.

Earlier this month, over 600 Indians were evacuated in two batches from Wuhan where coronavirus originated. Four-hundred and six people, including seven from Maldives, were isolated at the ITBP quarantine facility in Delhi; rest of them were taken to Army centre at Manesar in Haryana. 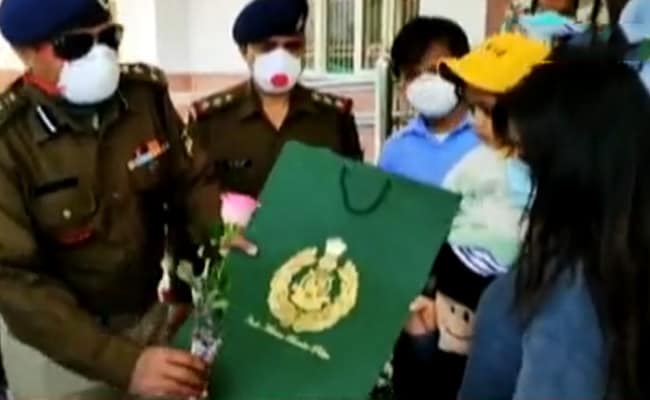 All those quarantined at the ITBP facility left the camp this morning after they tested negative. ITBP officers were seen bidding them with farewell with roses.

Union Health Minister Harsh Vardhan also met them. "We are taking extra precautions. If we have doubts, we carry out tests," he said.

Two-hundred and twenty people at the Manesar camp will be discharged today. People in the the two facilities, isolated for 14 days, were told to wear three-layered masks and undergo daily medical examination

Earlier this month, a similar video had surfaced that showed some boys dancing at Manesar camp.

The coronavirus outbreak, which has killed over 1,800 people in China and has infected over 70,000, has spread to more than 25 countries across the world.

In India, three cases were reported in Kerala. All of them are students who returned from Wuhan last month. One of them tested negative in the latest tests.