A pregnant woman who went for a Sunday outing to the cable bridge in Gujarat's Morbi city lived through the horror of seeing her family - husband and two children, both under 10 years old - fall into the river below after the bridge snapped

She had set out with her husband, nine-year-old daughter and seven-year-old son for a Sunday outing. Hours later, she watched them fall as the "hanging bridge" at Gujarat's Morbi crashed into the river.

She is pregnant, so she stayed back as her family went on the bridge, never to return.

"Everything's gone," she mumbled, her voice hoarse from hours of non-stop weeping. "Whom do I have now?"

"My son, my daughter, all are gone. I am all alone now. How will I live?" the woman told NDTV today. Her voice is weak. She appears to be in a state of shock over the huge tragedy that has wiped out her family. 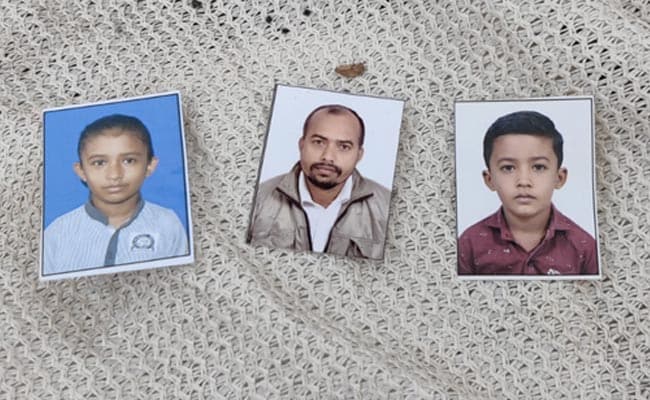 The grandfather of the two children told NDTV that his daughter's husband, who was a labourer, decided to take the children out on Sunday since he had been working long hours.

"All the three fell into the river," the grandfather said, adding some local leaders came to meet them but no one from the state government came.

He said they expect the government to help his pregnant daughter. The tragedy was a result of negligence by the authorities, he added.

Prime Minister Narendra Modi visited the hospital in Morbi city where the injured people are being treated. The facility got a quick-fix facelift overnight ahead of his visit.

The narrow cable bridge collapsed due to a huge rush of people, sources in the Gujarat forensics laboratory have said. Some of the old cables that held the bridge were not changed during the seven-month renovation that started in March this year, sources have said.