The DRG jawan died on Saturday night at the District Hospital, Sukma where he was admitted for treatment. 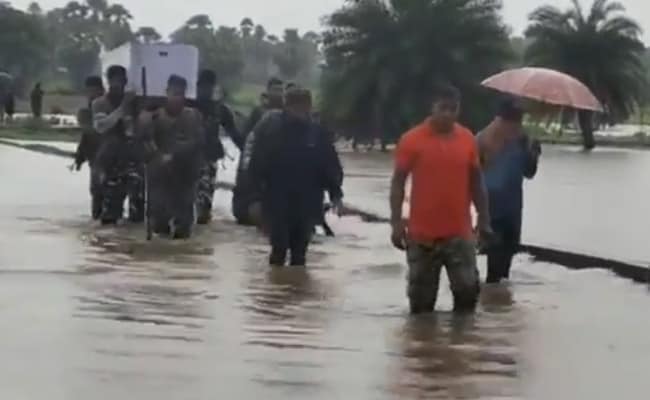 The body of the jawan had been stuck in the rising waters at the Injaram village.

In a display of humanity, the Central Reserve Police Force (CRPF) personnel carried the dead body of a District Reserve Guard (DRG) jawan on foot across a river, after their vehicle had gotten stuck due to rise in water level.

The DRG jawan died on Saturday night at the District Hospital in Sukma where he was admitted for treatment.

The body of the jawan, a resident of Bheji village, had been stuck in the rising waters at the Injaram village for over two hours before the CRPF personnel intervened and carried it across.

@crpfindia personnel carried the mortal remains of DRG jawan on foot across a river he breathed his last on Saturday in a hospital in Sukma stuck in the rising waters at the Injaram for over 2 hours before CRPF intervened and carried it across @ndtv@ndtvindiapic.twitter.com/QXPoWyg853

The Second Commandant of CRPF 219 Battalion, Mohan Bisht, was among the personnel who participated in the move.

The family of the deceased thanked the CRPF personnel for their timely intervention and ensuring that the body was transported to their home.