Nitin Gadkari also claimed that he was just trying to point out the difference between business cycle downturns and financial fraud. 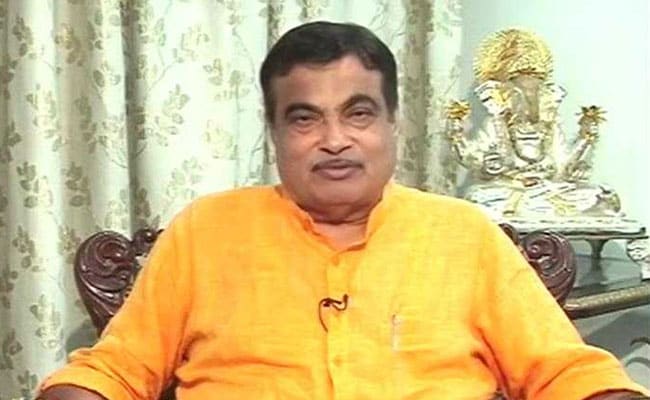 A day after kicking up a storm by pointing out the alleged unfairness of tagging fugitive businessman Vijay Mallya as a thief over a "one-time loan default", Union Minister Nitin Gadkari today chose to deflect criticism by accusing the media of taking his remarks out of context.

Mr Gadkari had reportedly spoken in defence of Mr Mallya at a summit organised by the Times Group on Thursday. "For 40 years, Mallya had been regularly paying interest on loans. He started facing problems after entering the aviation sector, and suddenly he became a thief? If a person repays the interest for 50 years but defaults once, does everything suddenly become a fraud? This mindset is not correct," he said, hastening to add that he has no business relationship with Mr Mallya -- who faces extradition from the United Kingdom for alleged bank fraud and money laundering amounting to an estimated Rs9,000 crore.

However, in the face of criticism over his alleged defence of Mr Mallya, the Union Minister issued a clarification today. "I only said that if Vijay Mallya has done any wrong and an investigation is underway, then the investigation is right and suitable," news agency ANI quoted him as saying.

Mr Gadkari also claimed that he was just trying to point out the difference between business cycle downturns and financial fraud. "My statement is about support during downturns to protect jobs. Fraud is completely unacceptable," he said.

Earlier this week, a London court had ordered Mr Mallya's extradition in a major boost to the government's efforts to bring back the fugitive businessman. Ahead of the hearing, the 62-year-old former boss of the now-defunct Kingfisher Airlines offered to repay the entire principal amount of Rs 9,000 crore to banks in India.

Mr Gadkari has long demanded a more considerate approach to tackling non-performing assets, indirectly blaming the banking system for making sick companier even sicker. "When someone is serious then we put him/her in an intensive care unit, but our banking system first puts a sick company in the intensive care unit and then ensures that it dies," he said at Thursday's event.

This is not the first time Mr Gadkari has issued a statement requiring a hasty clarification. Two months ago, he said during a television show that the BJP leadership pushed party members to make "tall promises" to the people in 2014 because it was confident of never coming to power. In his retraction, the Union Minister dubbed the report as "100% baseless".